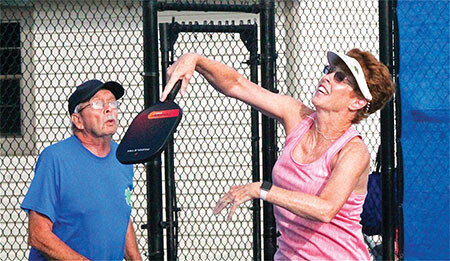 Fun had at Golf Cart Rodeo 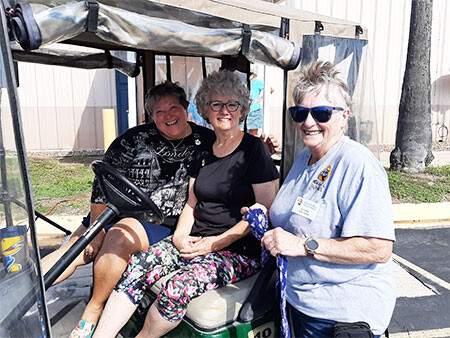 On December 4, 2021, Mission Bell -Tradewinds RV Resort held their very first Golf Cart Rodeo. Several people from the park volunteered to be a team driving their golf carts through a pre-determined course on the parking lot. The part that made it so much fun was that the driver would be blindfolded, and the passenger would give the instructions on how to get through the course. Completion of the course was timed and those with the best times won prizes. Pylons were run over; judges were chased by the blind folded and a great time was had by all. They all agreed they'd like to do it again next year. 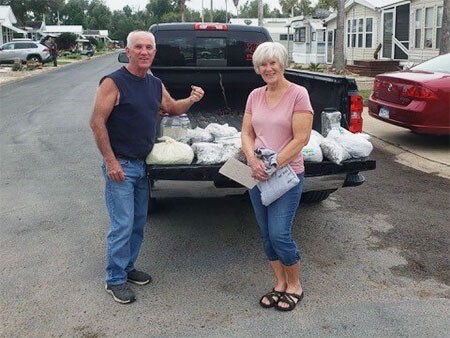 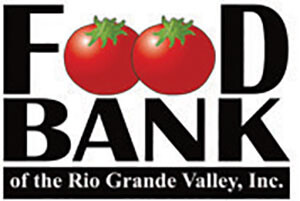 Now is a time to care and to share our time and our talents. Last month my interest was really aroused when I was lucky enough to participate in a trade show where a representative from our Rio Grande Valley Food Bank had a booth directly across from mine. I had often wondered exactly how our RGV Food Bank operates and here was my chance to learn more. Have my eyes been opened? I learned a lot. Now it is time to share some of that information. There is not room to share all that I learned so I will just hit the high points.

There are some Winter Texans at Casa del Sol that need your help. They are collecting donations to help the people affected by the tornadoes in KY. They are seeking monetary donations, although items are welcome as well. They have a semi-trailer that is loading stuff in NE to take to KY with the donated items.

There were communities that were completely destroyed - they need everything - said Lynn Clasen who is spearheading the effort. A big concern is that temperatures are dropping and these people need warm clothes and blankets - amongst other regular items. 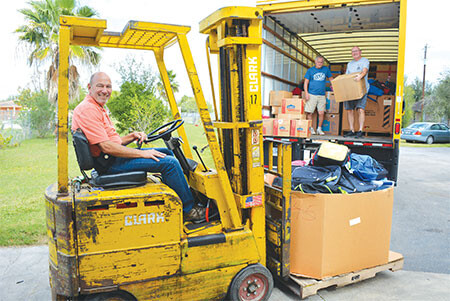 Three Christian ministries have partnered to bring holiday cheer to hundreds of children in Mexico through a backpack and shoebox project.

A truckload of a couple thousand backpacks and shoe boxes each containing school supplies, articles of clothing, a game, hygiene items and a booklet arrived in San Juan Dec. 4. Most of the supplies will be distributed Dec. 28 in various Christmas celebrations at churches and orphanages in many Mexican communities, according to Bruce Hepburn, whose Mexico Missions ministry in San Juan acts as the distribution hub in Reynosa, Mexico. 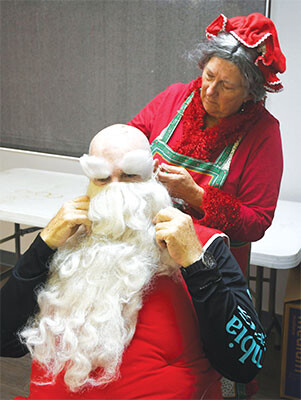 Tripp Wright of Alamo Rec-Veh Park said he missed being Santa to over 2,000 children after Progeso’s Amigo group disbanded last year. So, he came up with a plan to entertain hundreds of children, but he knew he couldn’t do it alone.

To help local needy children and their families enjoy the Christmas season, Tripp persuaded three groups to pool their resources and their volunteers. In less than a month they planned, collected contributions, and shopped for a Dec. 11 party, which they called “Santa’s Posada”. 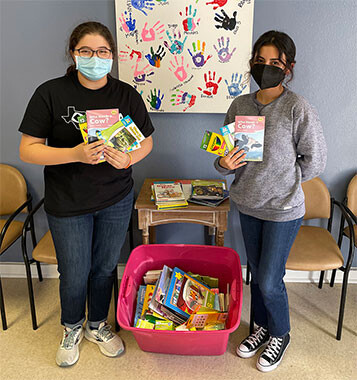 The idea came to the duo of Emma Zamora and Jaelin Lopez last spring during their junior year at Veterans Memorial High School (VMHS). With the return of in-person instruction and the start of their senior year this year, the team has worked their idea into a community service project for their DECA organization. 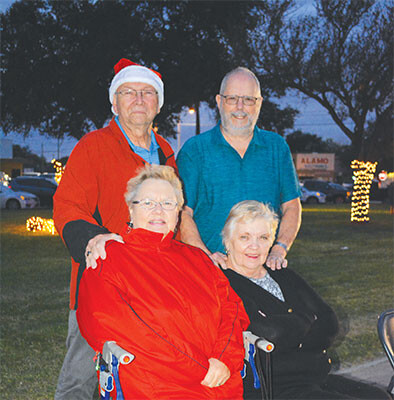 While most of those watching the 43 entries pass by were bundled up in sweaters and coats, Del Engrisch skipped the extra coverings since she had arrived that day leaving behind 16 inches of snow and the accompanying cold in Minnesota. Her husband, Warren, missed the snowstorm because he had arrived three weeks ago at their place in La Hacienda Estates in Alamo.

Last week, the Brownsville-SPI International Airport held a ribbon cutting for the opening of a photography exhibit, “Women in Aviation and Space History.” This exhibit celebrates the accomplishments by women since the early days of aviation, to space exploration to recent commercial space flights. It consists of 35 images and will remain on display through January 22, 2022.