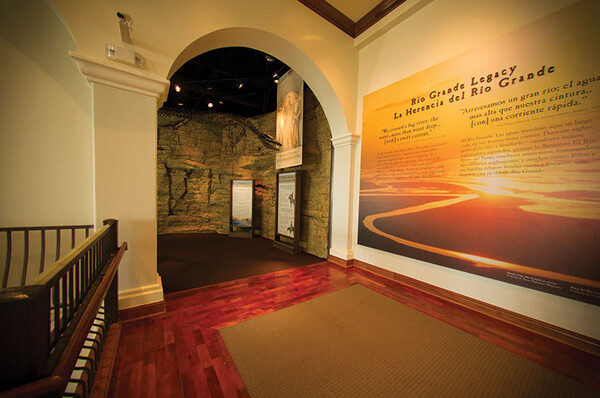 “Rediscovering the Rio Grande Legacy Exhibition” video series explores the themes of South Texas’s pre-colonization landscape, its role in the Underground Railroad, and the culture of the packing shed in 20th century life.

“The Legacy of the Land and its People” highlights the historical and continuous role of indigenous people in shaping the regional culture and landscape.

“Packing Sheds in the Rio Grande Valley” focuses on the cultural and economic vitality of the packing shed in shaping the life of South Texas in the mid to late 20th century.

Visitors will have the first opportunity to view the video series at MOSTHistory before it becomes available on the museum’s YouTube channel in June 2022. Museum staff will facilitate a feedback session during the video premiere.

Museum hours are Tuesday to Saturday from 10 a.m. to 5 p.m. and Sunday 1 p.m. to 5 p.m. Admission is $9 for adults; $6 for seniors, active military, and students; $5 for children ages 4 to 12; free for children ages 3 and under. FRIENDs of MOSTHistory receive free admission as part of FRIENDship benefits. For more information on becoming a FRIEND, please call (956) 383-6911 or visit mosthistory.org/donations.

This program is made possible in part by a grant from Humanities Texas, the state affiliate of the National Endowment for the Humanities.

About Museum of South Texas History
The Museum of South Texas History is accredited by the American Alliance of Museums. It is located downtown Edinburg at 200 North Closner Boulevard on the Hidalgo County Courthouse square. Founded in 1967 as the Hidalgo County Historical Museum in the 1910 Hidalgo County Jail, the museum has grown over the decades through a series of expansions to occupy a full city block. In 2003, following the completion of a 22,500 square foot expansion, the museum was renamed the Museum of South Texas History to better reflect its regional scope. Today, the museum preserves and presents the borderland heritage of South Texas and northeastern Mexico through its permanent collection and the Margaret H. McAllen Memorial Archives and exhibits spanning prehistory through the 20th century. For more information about MOSTHistory, including becoming a FRIEND, visit MOSTHistory.org, like us on Facebook and Instagram, follow on Twitter, find on YouTube or call (956) 383-6911.