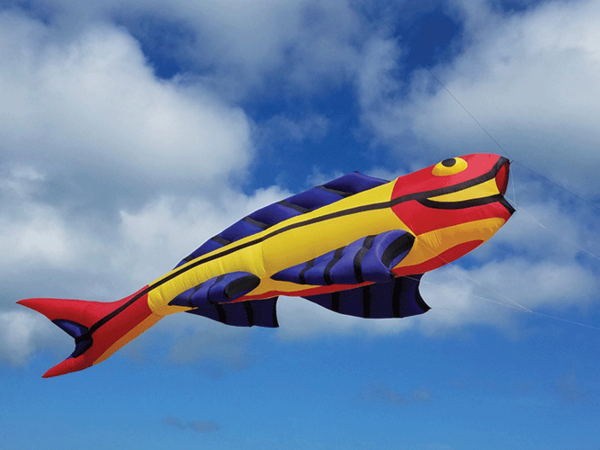 It's that time of year – time to head to South Padre Island and watch kitefliers from all across the country as they 'tie one on' for a weekend filled with amazing kites and performances.

The festival kicks off Thursday evening with the Indoor Kite Performances held at the SPI Convention Centre from 6:30 to 8:30 p.m. 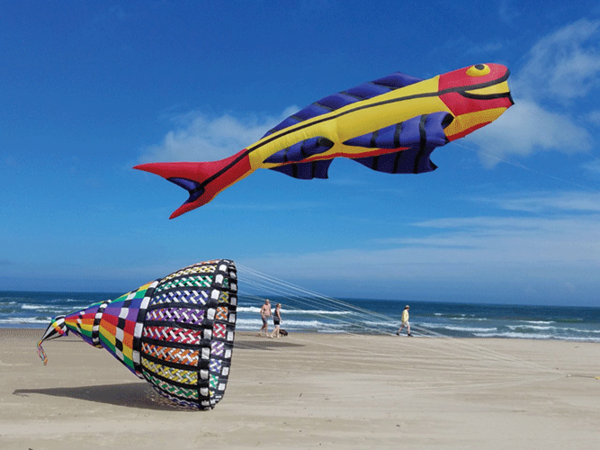 If you have never been to an Indoor Kite Performance – you don't know what you are missing. These kiters are the best of the best and the reason that the SPI Indoor is the largest indoor kiting event in the United States. Tickets for the Indoor Kite Exhibition are $12 per person and can be purchased or reserved in advance at B&S Kites (956-761-1248). Tickets are not available at the door.

The festival continues on Friday and Saturday (February 3rd and 4th) when the festival moves outdoors to the flats just north of the Convention Centre. 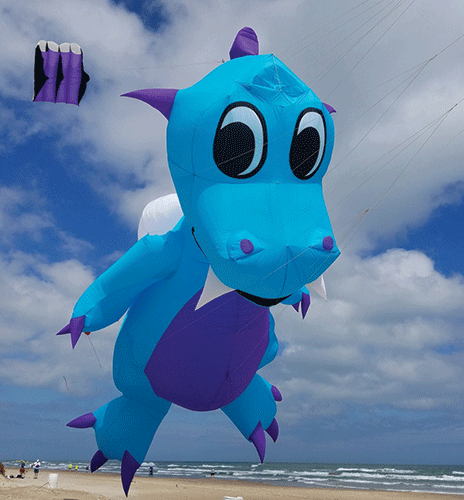 Kitefliers will bring their magnificent 'show kites' that will be on display throughout the day. Just imagine it – a 150 ft. octopus, a 90 ft. gecko, a 32 ft. clownfish, 24 ft. spinning top, a giant inflatable dragon - or maybe a sky filled with colorful trilobites. Have you ever seen a trilobite, do you even know what trilobites are?
No kite fest is complete without the individual performances, team performances and even – weather permitting – the quad-line Mega Fly. Three teams are scheduled to perform at this year's event that will begin at 10 a.m. and end at 4 p.m. on Friday and 3 p.m. on Saturday.

John Barresi is returning with his eight-person roster – Team KiteLife. Sharing the performance field with Team KiteLife will be Team Misfits of W.O.W. from Baltimore, Maryland as well as Team End of the Line from Austin. Completing the flying roster will be several award-winning kiters as well as a few Winter Texans who have found they not only have a passion for kite flying but a talent for performing.

Admission for the outdoor event is free.

For more information about kite fest and sponsoring hotels, contact B&S Kites at (956) 761-1248, by email at spikitefest@hotmail.com, the website www.spikitefest.com, or visit SPI Kite Fest 2023 event page on Facebook.

So . . . pack a lawn chair and head to South Padre Island the first weekend in February. You'll be happy you did. You'll not only get amazing photos to share with your friends, but you may also decide you are never too young or too old to 'tie one on'.