ZZ Top is coming to McAllen 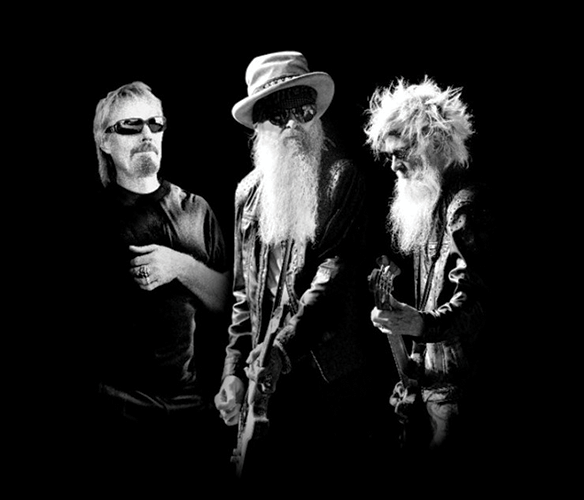 “That Little Ol’ Band From Texas” has been at it for well over a half century, delivering rock, blues and boogie on the road and in the studio to millions of devoted fans. ZZ Top is virtually synonymous with beards, hotrod cars, spinning guitars and that magic keychain, all of which transcend geography and language.
AEG will present ZZ Top on its Raw Whisky Tour at 8 p.m. Sunday, April 16, at the McAllen Performing Arts Center located at 801 Convention Center Blvd., McAllen. Tickets start at $69. Tickets are available now at the McAllen Performing Arts Center Box Office, (956) 681-3800 or online at ticketmaster.com.

It was in Houston in the waning days of 1969 that ZZ Top coalesced from the core of two rival bands, Billy Gibbons’ Moving Sidewalks and Frank Beard and Dusty Hill’s American Blues. Their roots blues skew was intact but added to the mix were tech-age trappings that soon found a visual outlet with such tracks as “Sharp Dressed Man” and “Legs” on the nascent MTV. It was one of the music industry’s first albums to have been certified Diamond, far beyond Gold and Platinum and a reflection of US domestic sales exceeding 10 million units.

As a touring entity, they’ve been without peers over the past five decades, having performed before millions of fans on four continents and have been the subject of their own Grammy-nominated documentary titled That Little Ol’ Band From Texas. The band’s line-up of the bearded Gibbons and Hill and Beard, who ironically is clean-shaven, remained intact for more than 50 years until Dusty’s passing.

When Dusty temporarily departed the tour in the summer of 2021, it was a given that Elwood would be the perfect choice to stand in for Dusty until he could return. However, Dusty’s return was not to be, and Elwood continues to handle the bass duties for the band now and into the future. The elements that keep ZZ Top fresh, enduring and above the transitory fray summed up in the three words of the band’s internal mantra: “Tone, Taste and Tenacity.”

As genuine roots musicians, they have few peers. Their influences are both the originators of the form – Muddy Waters, B.B. King, et al – as well as the British blues rockers and Jimi Hendrix who emerged from the generation before ZZ’s ascendance. They are true rock icons, and, against all odds, they are really just doing what they have always done. ZZ Top abides!