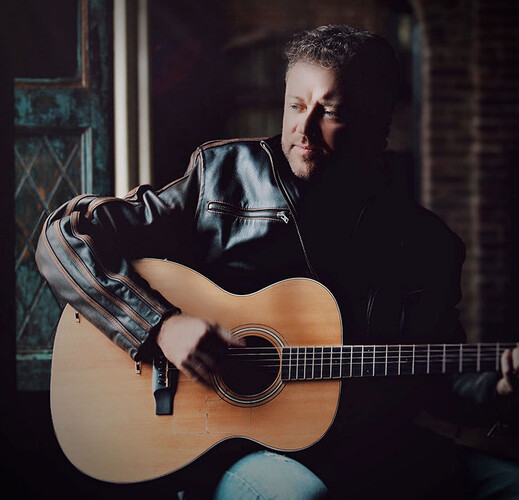 Out of the gate Tom Wurth was nominated for a Grammy at only twenty years of age. That milestone built a foundation for his career. The Grammy experience fresh in his mind, Wurth pushed forward with his songwriting aspirations.

Wurth initially signed as a staff writer with Belden Enterprises later signing with one of the largest publishers in the world, BMG Music Publishing. At BMG he garnered two major record label cuts -“If the Road Runs Out” (appearing on Ty Herndon’s Greatest Hits album) and a Ken Mellons cut, “I Can’t Kick My Country” (for “Inside Trax” a NASCAR compilation.)

In 2006, Wurth signed his first record deal. The self-titled Tom Wurth was released on Aspirion Records. The first release, “Bread On The Table,” reached the top thirty on the charts as well as earned a spot on CMT.com for the single’s video.

In 2012, Wurth signed with TaDaRecords recording the studio album, Midnight Rain. The album brings his soulful blend of country with his trademark additions of R&B and gospel. It was featured on iTunes New and Noteworthy right off the presses. The first single, “To Love Somebody,” was released in late 2012 followed by the video. “Diggin in the Dirt” was the second single and a video followed that release also.

From one end of the country to the other Tom Wurth has performed at iconic venues such as The Wildhorse Saloon (Nashville), The Surf Ballroom, The Bluebird, B. B. Kings Blues Club, The Ford Theater at The Country Music Hall of Fame, The Grand Ole Opry Plaza, Isle Casino –Waterloo, Station Casinos –Las Vegas, Ameristar Casinos –Vicksburg, St. Louis & Kansas City, as well as a long list of Fairs, Festivals, Clubs and Performing Arts Centers.

Tom Wurth has entered the studio in the roll of producer with a number of aspiring artists and seasoned professionals including:

Co-Producer of Eddie Money’s, The Other Side of Money, including the track, “GimmeSome Water” that featured Vince Gill.