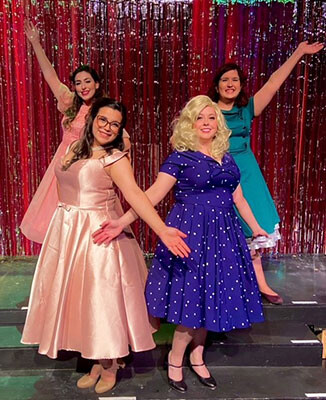 The Marvelous Wonderettes, written and created by Roger Bean with musical arrangements by Brian William Baker and orchestrations by Michael Borth, features over thirty classic ‘50s and ‘60s musical hits, that will keep audience members joyfully entertained during this must-take musical trip down memory lane. 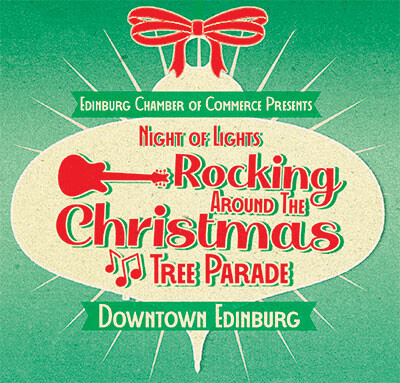 The Edinburg Chamber of Commerce and City of Edinburg proudly present their Annual Night of Lights Parade. The parade will take place on Friday, December 3, at 7 p.m. in the Edinburg Downtown District.

Organizations, schools, marching groups, businesses, and community groups are now welcomed to submit a parade entry by November 19. All entries are encouraged to participate in this year's theme “Rocking Around the Christmas Tree”. Participants of the parade must design their floats inspired by different genres of music and/or decades of music.

Tickets on sale for UTRGV SPI Battle on the Beach 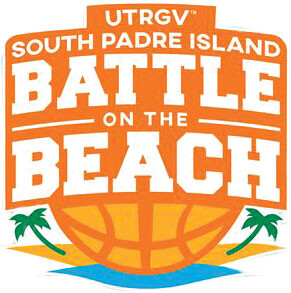 The University of Texas Rio Grande Valley (UTRGV) Department of Intercollegiate Athletics announced on Friday that single-session tickets for the inaugural UTRGV South Padre Island Battle on the Beach, featuring men’s basketball games between UTRGV and Northern Arizona as well as Texas Tech and Incarnate Word on November 20th at the South Padre Island Convention Centre, can now be purchased at UTRGVTickets.com.

UTRGV will face Northern Arizona at 1 p.m. Texas Tech plays Incarnate Word at 4 p.m. Tickets are $25 each and include admission to both games.

Read more: Tickets on sale for UTRGV SPI Battle on the Beach 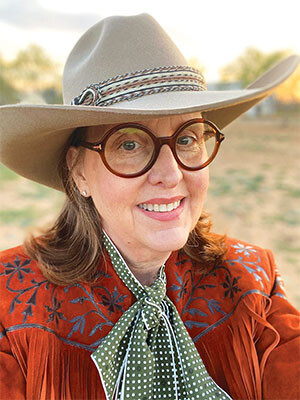 Quinta Mazatlán is honored to host culinary expert, Melissa Guerra, on Thursday November 18th from 6 p.m. to 7 p.m. for a recipe presentation and sampling on “Texas Ranch Dishes for Thanksgiving”.

Melissa Guerra is an eighth generation Texan, born and raised on a working cattle ranch in South Texas. She is a self-taught culinary expert and food historian, specializing in the food ways of the American continent, especially Texas regional, Mexican, and Latin American cuisine. In this presentation, she will share delicious recipes and food samples featuring flavors of the southwest that you can make for the Thanksgiving table. 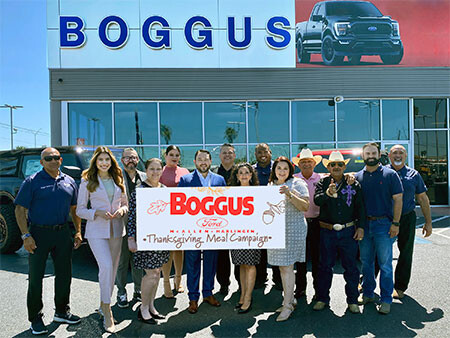 The Food Bank of the Rio Grande Valley and Boggus Ford Lincoln McAllen have partnered together to help make the holidays brighter for many RGV families, this holiday season.

To kick off the partnership, Boggus Ford Lincoln McAllen has made a generous donation of $5,000 to sponsor the Thanksgiving ‘Drive-Thru Emergency Pantry’ at the Food Bank RGV located at 724 N. Cage Blvd. in Pharr. This distribution will be on Wednesday, November 17, from 7 p.m. to 10 p.m. or until capacity is reached. This distribution will serve 1,000 families. 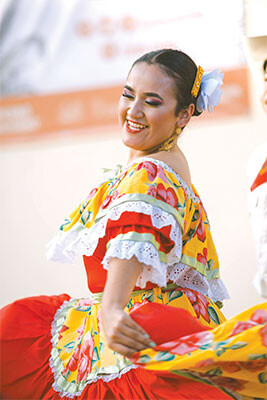 Most all families have traditions. Perhaps it is decorating the Christmas tree the day after Thanksgiving or maybe it is spending July 4th at the beach or going shopping early on Saturday mornings. Whatever your tradition may be, if you live in a state that borders Mexico some of their traditions may well have spilled over into our country.

For instance, the lasso that is still used in many Mexican weddings. The lasso - generally a white rope or garland of flowers - is placed over the bride and groom symbolizing their unity and eternal love for each other. Or the quinceanera, a big celebration that so many young girls look forward to with great anticipation. This tradition generally begins in the church where the parents ask God's blessing and guidance for their 15-year-old daughter as they recognize they have done their best to raise her to this so-called age of reason when she must make many decisions on her own. Maybe if you live in a border city you have had the honor of being invited to take part in a posada. The word posada translates to English as Inn. A posada then is a re-enactment of Mary and Joseph seeking a place where the Christ Child could be born. 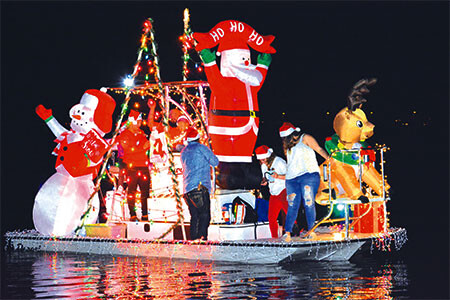 South Padre Island is planning several events in the next few weeks to open up the holiday season. The first event is the third Annual Holiday Light Show.

The Holiday Light Show is synchronized with festive music that is played in 15-minute intervals. This event will run from November 22, 2021, through January 16, 2022, from 6 to 9 p.m. daily. It will be located at the SPI Convention Center.

The Edinburg Chamber of Commerce (ECC) Ambassador Committee will be hosting its annual Ambassador Day of Giving this year.

For over eight years Ambassadors of the ECC have coordinated with Saint Vincent De Paul Center at St. Joseph Catholic Church to present Thanksgiving meals to families in need.

It’s great seeing and hearing of the events that are picking back up in the Valley. Again, events that were cancelled last year, are coming back again in full swing and organizers are thrilled to be seeing your smiling faces again.

During the holidays, there are more events going on throughout the Valley, including holiday events like parades, Christmas tree lightings, and more.

Many organizations hold fundraisers and parks are always getting involved with the community to support them during the holiday season. 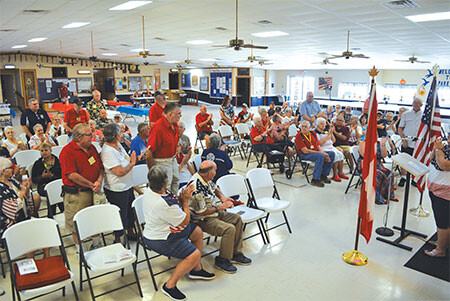 As might be expected there was a sea of red, white, and blue color in the audience for the Veteran’s Day program at Park Place Estates RV Resort in Harlingen. That was the setting despite park guests not finding adequate patriotic decorations for golf carts and bikes, apparently due to the supply chain problems, that led to cancellation of the traditional parade, according to Connie Teel, activity director for the park.

But the long-running annual program of some 35 years went on as scheduled, but with a twist that featured all women veterans living at Park Place. The main speaker was retired Army medic E-5 Pam Smith, a health care specialist, who served from 2008 to 2013 in the 101st Airborne Air Assault Battalion out of Fort Campbell, Kentucky.