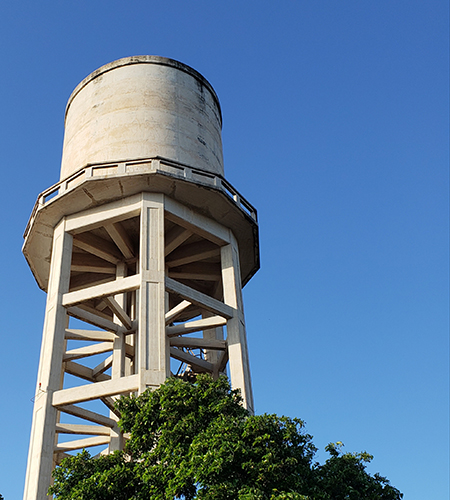 Standing tall in downtown Weslaco is a 100-foot-tall water tower, El Tinaco. Completed in 1941, it was a marvel of modern construction. The tower, standing on six concrete pillars, is crowned in gemstone lights, showing the pride of Weslaco. In 1982, the Texas Historical Commission placed a marker on the tower, a testament of the heart of the community, says Mayor David Suarez. As tall as the tower stands, Weslaco is now prepared to celebrate their centennial on December 10 with events planned the entire week preceding the birthday.

The history of the city goes back to 1790, to the original land grant owner Juan Jose Ynojosa de Balli. At his death, the land was divided between his children. The land that is now Weslaco went to his daughters Manuela and Maria. The family maintained and ranched the land until 1852. By 1904, the railway was extending to the area. Most of the land was purchased by the American Rio Grande Land and Irrigation Company by 1913.

The irrigation company sold 30,000 acres at $90 an acre to the W.E. Stewart Land Company on December 14, 1917. Here is where the name WESLaCo derived. The town site was then sold to Ed C. Couch, Dan R. Couch, R.C. Couch and R.L. Reeves. Two of the men backed out of the venture before it was platted on September 18, 1919. Nearby communities actually circulated flyers discouraging settlement at the proposed town. The sale of lots was held on December 10, 1919.

How was the land sold? Prices ranged from $50 to $400 per lot. If you were interested in a lot, all you had to do was camp out on it until the day of sale. Church groups received free lots. During the sale, three cars were also given away.

And so, the City of Weslaco began. Today, Weslaco is a city with a population with its own government, police and fire department, parks, schools and commercial endeavors. It is a city of diverse people and strong service, charitable and civic organizations.

Now the city is inviting the Valley to help them celebrate their 100 years.

The city has a huge lineup of events planned from December 4-10. The events include a Pioneer Families Exhibit at the museum, guided tours, entertainment, a BBQ cook off, and so much more. Christmas events will also be held during the week including their tree lighting ceremony on December 4 at Weslaco City Hall at 7 p.m.; Carolers and a book reading by Mrs. Clauson

Saturday, December 7 and 8, 12 to 4 p.m., at the Weslaco Museum; a Christmas Carol Sing-Along on Sunday; and a Christmas Tree Forest at the Performing Arts Center on December 9 and 10. 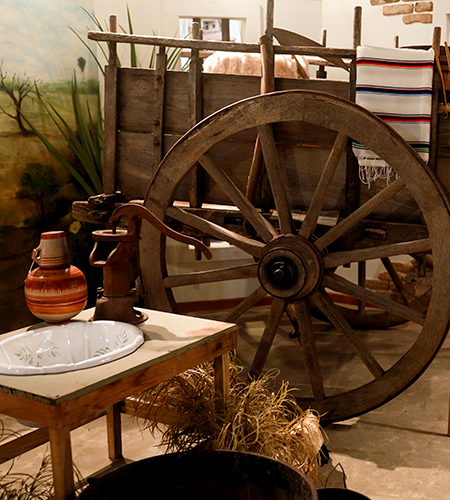 Jeff Gordon is a charismatic entertainer who captivates audiences with his vocal ability singing rock n’ roll and country spanning from 1950-1980. He is also known for his Tom Jones and Elvis impersonation shows. He will be performing on Saturday, December 7, from 2 to 5 p.m.

Ruthi is an award-winning singer/songwriter who has been well known to the Valley for over 10 years. Ruthi’s Rock-n-Country offers upbeat country and rock, killer slow songs and blues. She performs from 12 to 2 p.m. on Saturday, December 7.

Legendzz Band is one of the hottest variety bands in the Rio Grande Valley. The play a wide array of hits from the most popular genres of music. They perform from 1 to 3 p.m. on Sunday, December 8.

Chris Marshall has lit up stages and studios since 2002 with his signature guitar-work, lyrics, and vocals. He performs classic country and rock. He performs on Sunday, December 8 from 4-6 p.m.

Also, on the entertainment lineup is Frankie Jr. y Grupo Caballero, who will bring their own version and spin on the style of Tejano and Conjunto. They perform 6 to 8 p.m. on Sunday, December 8.

SA Lights, a touring classic rock tribute act with a light show, will feature three tribute performances to Journey, The Eagles and Mana. They will also cover all genres of classic rock, Spanish rock and country rock. The band has opened for every headliner of the San Antonio Stock Show and Rodeo since 2013. The perform on Saturday, December 7, from 8 to 11 p.m.

Other entertainment will include a Street Dance Through the Years; poetry readings, a fashion show, documentary films, lectures, mariachis, and magician Oscar Munoz.

A Weslaco Centennial Christmas Parade will be held on Texas Blvd. from Pike to 6th St. on December 7 at 10 a.m. The parade will feature highlights of Weslaco’s 100 years. Ce

lebrate Weslaco through the decades while watching the parade. Register with the chamber to participate.

Weslaco will also hold a costume parade on December 8 at 4 p.m. The parade will be held near the downtown fire station. A revived tradition, fun-loving families and individuals with people-friendly pets dressed in family-friendly costumes can join the walking parade. Pets are not required. Prizes will be awarded. Refer to the website for entry forms.

The weekend will feature an IBCA BBQ Cook Off on December 7 and 8. It will be held in downtown Weslaco at Kansas and Bus. 83. The cook off will be all about chicken, ribs and brisket. There will also be beans, fajitas and pan de campo.

For a full schedule of events and full details of dates and times, visit weslaco100.org.For more information on the cook off, and how to enter, call or text (956) 650-2842, or email Weslaco100@gmail.com. Entry forms can be found online at Weslaco.org.