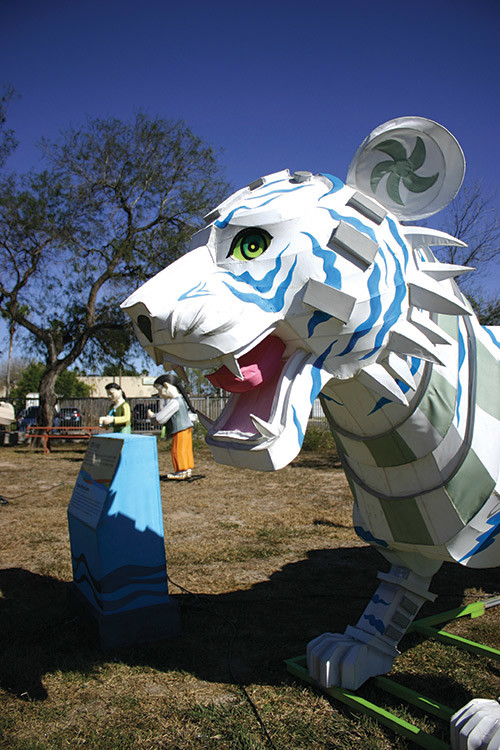 The IMAS is hosting special giant light sculptures on museum grounds for visitors to view during the month of February. The City of Jinju, South Korea, has loaned these sculptures to the IMAS following their special appearances in the McAllen Holiday Parade and at the McAllen Convention Center. This collaboration bridges both communities through festivals and cultural events such as the IMAS Art Bash on February 6 and Lunar New Year Festival on February 8.

International dignitaries including Mr. Jung Jae Min, Vice Mayor of Jinju toured the IMAS in early December to see first-hand the site for this art form and the treasures of the museum’s Mexican and Latin American Folk-Art Exhibit and experience a taste of South Texas arts and culture.

Visit theimasonline.org or fb.com/imasmcallen for the full event program. The Art Bash is included in cost of General Admission and free for IMAS Members. WIC and EBT cardholders can visit the museum for $1 per person.