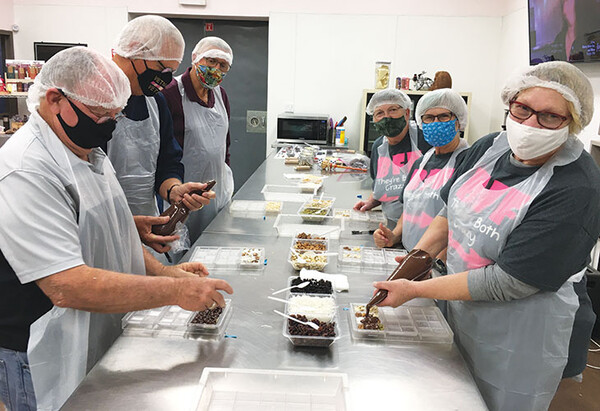 Good friends Taunnie Russell, Ruth Sagehorn, and Dorothy Jensen have become what I have dubbed the Friday Bucket List Ladies. These ladies are not only friends during their time at Winter Haven Park in Pharr, but they also get together during the summer.

I recently met with the ladies, and they couldn’t stop laughing and smiling as they shared all the fun they had trying to stay active during lockdown. 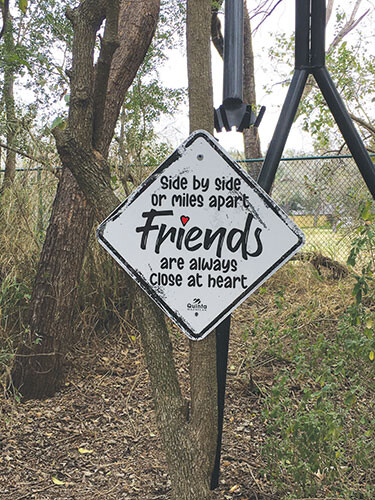 Last year, when people still weren’t sure about getting out and about, this group of ambitious ladies decided they needed to ‘make their own happy.’ They were tired of being cooped up in the park and wanted to venture out, try some new things, see some new sites.

“We just knew we had to do something because we couldn’t let our life sit still,” said Ruth.

“We sat down one morning while having coffee and made a list of things to do or places to go explore. Then we chose Friday for our field trip day.”

They said, once they left the park, what they did was dependent on the weather. If they had planned an outdoor activity, but the weather wasn’t cooperating, then they would find something indoors to do.

As Dorothy puts it, they were always game for a side adventure if their first option didn’t pan out, or even if they saw something along the way. 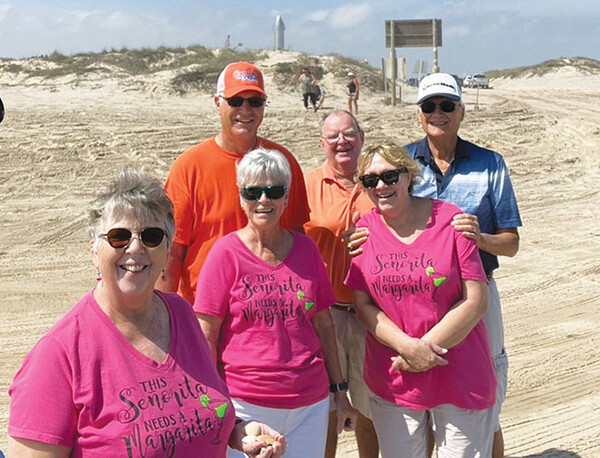 Their first trip was to Brownsville to see the Dept. 56 Christmas display at the museum. Then after they were done there – ‘we had to eat.’

What made it more fun, they said, is that they like local food – the little hole in the wall, mom and pop places – not the big chains that are available back home.

There was this one little Mexican restaurant – that they can’t remember the name of – in Brownsville that had a full parking lot. So, they figured they would try that one out.

Upon walking in, they realize everything is in Spanish, everyone is speaking Spanish. As one of the ladies said, “It was obvious they weren’t used to us.” 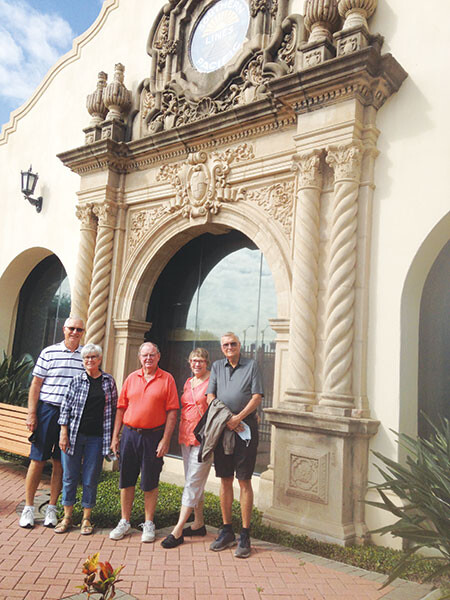 “So, we just sat right down,” said Dorothy. “I went to a young couple and asked what they were eating and was told ‘everything is good.’ We just pointed and had a wonderful meal. That is half of the fun.”

“Then we would have to walk it off.”

That gave them the opportunity to see parts of the area they had never seen before – like an old church, antique stores, or a house that shared a name with one of the ladies. “It’s all fascinating.”

In Rio Grande City they were able to tour as much as they could by themselves, with the promise of revisiting when guided tours are open again. They were able to visit the courthouse, Fort Ringgold, and the shrine. They also walked Main St. and did some shopping.

After asking a local where they should go, they ate at a little mom and pop called Texas Café.

“It was awesome,” said Ruth.

“The shrimp was really good and huge,” they said. They were told the lady gets them from Island.

A favorite was their trip to Boca Chica and SpaceX. They couldn’t believe how close they were able to get to the shuttle and facilities.

“That was a blast,” said Dorothy. “Literally.”

Ruth said, the trip down was just as fun as the trip itself. Something about the ordeal it was to get a cup of coffee in a construction zone.

They said driving down there they were cut off guard by road closed signs, but “That didn’t stop us. We went ahead and figured if we weren’t supposed to be there, someone would tell us to leave.” 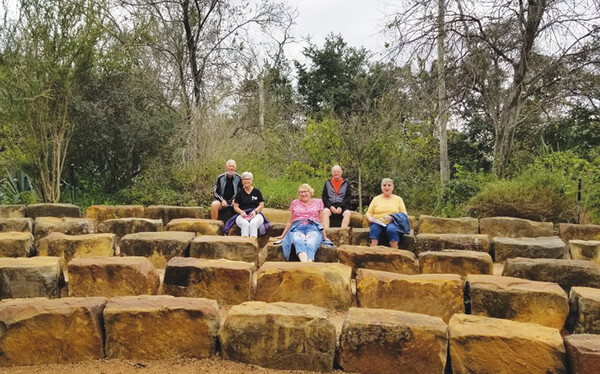 But the story gets better…. They came to an area where other cars were parked and managed to park behind a Tesla. Ruth was admiring the car and voiced that she wanted a pictured of her by the car. This is when a gentleman stepped out of the car, and one of the other ladies went up to him and said, “My friend Ruth wants a picture with your car.”

The ladies said they asked tons of questions about the car, when the man finally asked, “do you want to go for a ride.”

“Of course,” they said. All this time, their husbands are standing by their car, clueless to the conversation, when they say, “We’ll be back.”

During the drive, one of the ladies pipes up, “You know, since we’re going for a ride with you, we should probably know your name.”

“He was so nice,” said Dorothy. “It was his birthday. We found out about his wife, daughter, where he was from. We aren’t shy.”

Ruth said, he was very knowledgeable about SpaceX and the facilities, which was very helpful to them.

The ladies laughed about the encounter talking about all the gadgets in the car, how fast it went and that the man eventually brought them back to their husbands saying, “Sorry, I had to bring them back.”

The man was nice enough to take their husbands on a drive as well and spent some time with them on the beach.

Quinta Mazatlan was somewhere they said they always enjoy. “We were there for at least two hours,” they said. “Then we had to go eat again.”

The salt flats were also fun, but one made the mistake of wearing white pants. It had been raining recently, so they didn’t get to see any of the gathering salt, and the soil was slick.

Their trips didn’t go unnoticed. Everyone at the park would ask them where they went. The ladies said they learned they were the scouts, finding places for others to visit.

They had six excursions last year and hope to add some new places this year. 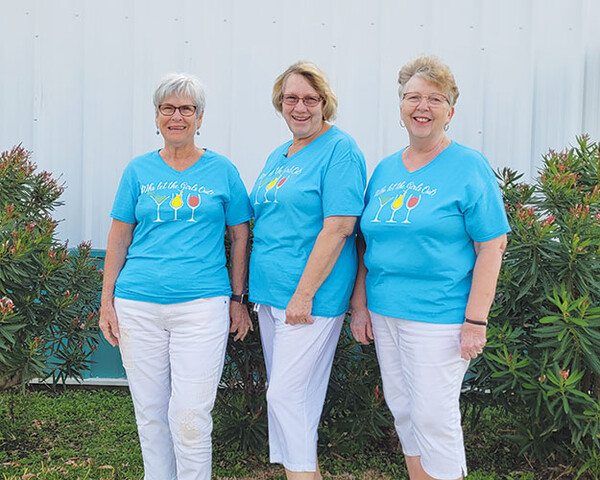 “The people are really interesting,” said Ruth. “We are more alike than they are different. We like people.”

“And there’s one I am not telling.”

There are several places they want to revisit, and new places they have added to this year’s list. The house that shared a name with Ruth – she said they are going back this year to investigate that history.

Things they said they should have done differently – more water and should have had in stock hand sanitizer.

They left their stories behind saying they had to give credit to their husbands, Bill Russell, Russ Jensen, and Elliott Sagehorn. “They tagged along and put up with us the entire time.”

“I am sure they wonder sometimes, but they had fun too.”

They also ended their conversation with a look at how the weather was back home – “12 degrees, -9 windchill,” said one of them. “I’d rather be here.”