Wildflower photography: A matter of perspective 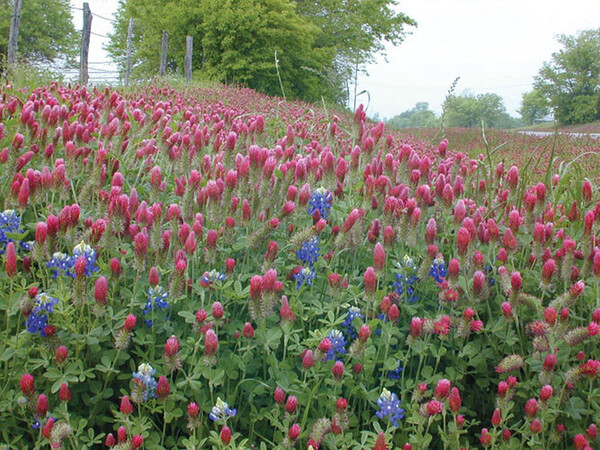 As wildflowers, including the state flower the bluebonnet, return to the Texas landscape and on roadsides throughout the state, many people will want to take this opportunity to get some photos of their colorful display.

Texas A&M AgriLife Extension Service experts are reminding those who want to take wildflower photos to be careful of traffic and respect private property and nature in their quest for that perfect picture.

The Texas Department of Public Safety, DPS, encourages motorists not to impede traffic and to be cautious when slowing down or stopping to enjoy the sight of wildflowers on the roadside, said Bev Kellner, AgriLife Extension traffic safety program manager, Bryan-College Station.

“If you decide to stop on the roadside to admire the flowers or take photos, choose an area with adequate space and light traffic conditions,” she said.

Kellner and the Texas DPS also had these safety tips:

• Signal before leaving or entering a roadway.

• Park off improved roadway shoulders and parallel to the road in the direction of traffic.

• Don’t cross lanes of traffic on foot to get to your preferred site for a flower photo.

• Obey signs that prohibit parking on a particular stretch of roadway.

“Failure to follow the rules of the road at any time of the year could result in a traffic ticket,” Kellner said. “For your own safety and the safety of others, be aware of your surroundings and be careful when you’re inside and outside your vehicle.” 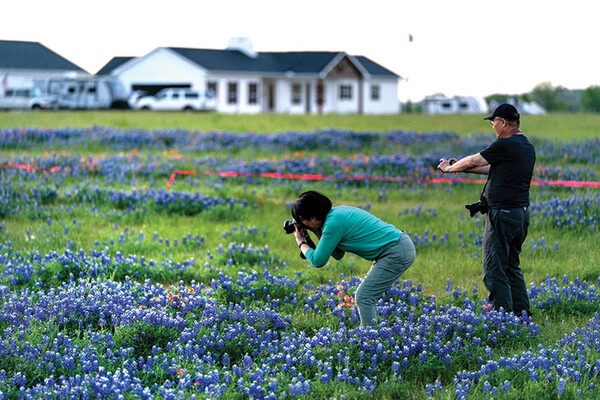 While there is no longer a law against picking wildflowers in Texas, including the most popular of all – the bluebonnet – there are still laws against trespassing and damaging or destroying rights of way and government property. Additionally, it is a Class C misdemeanor to collect plants, animals or rocks from state parks.

“Those people admiring flowers or taking photos of them must consider laws against both civil and criminal trespass,” said Tiffany Lashmet, J.D., AgriLife Extension agricultural law specialist, Amarillo. “Individuals should also be cautious of snakes, fire ants and other potential dangers while observing or photographing wildflowers.”

Lashmet said those wanting to take photos should first see if the property they want to be on is privately owned.

“If it’s private property, you need to get permission before you proceed,” she said. “Otherwise, you may be guilty of trespassing. But don’t take it personally if some landowners don’t allow you on their property as they may have legitimate reasons for denying you permission.”

Lashmet also noted while picking a few wildflowers in areas open to the public or on private property with landowner permission may be legal, people shouldn’t dig up large patches of flowers or drive their vehicle onto fields.

“People should treat other people’s property with the same respect they would treat their own,” she said.

Getting a perspective on wildflower photos

“Often people will trample on wildflowers to get to what they consider that ideal spot for their picture,” said Sam Craft, Texas A&M AgriLife multimedia project coordinator and longtime photographer, Bryan-College Station.

However, Craft said, it’s usually possible to find open areas or a pathway around or between the wildflowers so minimal damage can be done when getting to a preferred spot.

“Since bluebonnets usually grow in or around tall grasses, those taking photos should also be alert to the possibility of snakes and insects, especially fire ants, which are particularly prevalent in the state,” he said.

Craft said the best time to take wildflower photos is what photographers call “the golden hour” –the time just after dawn or just before dusk, when the colors are more vivid.

“But realistically, most people have to shoot their photos whenever their personal or family schedule allows them the opportunity, so those times of the day are not always an option,” he said.

Craft said, as much as possible, those taking photos of wildflowers should leave everything the way they found it.

“Be careful not to damage plants or trees,” he said. “And if you’re using props for a shoot, remember to pick up after yourself. And if you’re shooting at a popular spot and there are others around, try to keep out of the way while they’re taking their photos.”

Craft also cautioned against taking risks to get a different angle for a photo.

“Some people may want to climb a tree or stand on top of an unstable object to get a picture, but this can be really dangerous,” he said. “Just remember to be vigilant and use common sense when getting your photos.”

Craft also noted it is important for adults wanting to photograph their child in a field of wildflowers to take the time to explain why it is important to respect nature and property.

“Another thing to consider for protecting the flowers is that your subject doesn’t have to be directly in the flowers for you to get a great photo,” he said. “The subject can be in front of the flowers or in back of them and appear as if he or she is actually in them. You just have to use a little perspective.”

He also noted that this spring, in particular, those shooting wildflower photos should take extra precautions due to the dry and often windy conditions.

“These are prime conditions for the possibility of a wildfire, so people should be extra careful not to use or do anything that might cause a fire, including leaving a vehicle in a location where the heat from underneath could ignite the dry grass,” he said.

Texas Highways magazine has two online articles, “Wildflowers of Texas” and “Everything You Need to Know About Texas Wildflower Season” to help wildflower aficionados locate and identify the abundance of wildflowers throughout the state.