Live Concert in the Park with Tish Hinojosa at Quinta Mazatlan 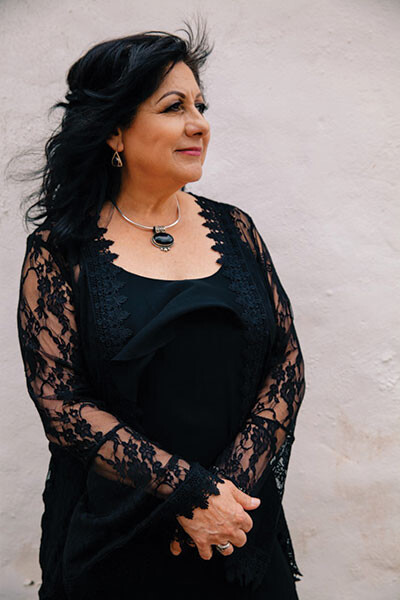 Tish Hinojosa is returning to the Valley for a Live Concert in the Park at Quinta Mazatlan on May 12. Tish Hinojosa has drawn numerous critical accolades for her borderless approach to music, blending Mexican folk and country music with a modern/singer/songwriter approach with touches of pop.

Hinojosa has been playing music for decades and has performed with many famous artists throughout her career including Joan Baez, Kris Kristofferson, Dwight Yoakam, Nanci Griffith, Pete Seeger, Flaco Jimenez, and Los Lobos. Hinojosa has gained a large fan-base touring throughout the United States and Europe playing at prestigious events and venues such as Austin City Limits, A Prairie Home Companion, and was personally invited to play at the White House by President Clinton. Throughout her musical career, Tish has been an advocate for bilingual education, immigration, and farm workers’ rights. She is the youngest of 13 children born to Mexican immigrant parents in San Antonio. Her environment greatly influenced her musical style and she shares her love of her Texas and Mexico- roots in her musical storytelling to this day.

The “Music in the Park” series at Quinta Mazatlan has been made possible through generous support of the Rea Charitable Trust. Through their sponsorship, the University of Texas-Rio Grande Valley and Quinta Mazatlán have partnered to establish the five concerts, offered free of charge. This is in keeping with the REA Charitable Trust’s goal of promoting the arts as well as arts education. During each concert, the artist provides engaging information about each musical selection.

Reserve your free Tish Hinojosa & Band tickets now, while they are available, by visiting quintamazatlan.ticketleap.com. Dress for the outdoor weather on Thursday, May 12th at 6:30 pm. For more information, contact Quinta Mazatlán at (956) 681-3370 and follow Quinta Mazatlán on social media.