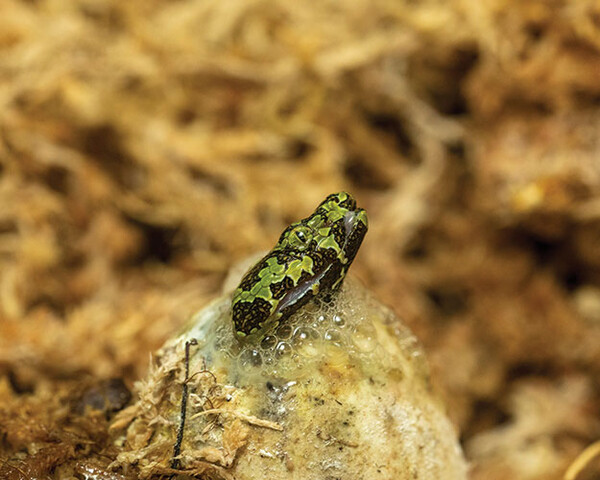 Staff at the Gladys Porter Zoo are extremely proud to announce the historic hatching of six endangered Mangshan pit vipers. The Gladys Porter Zoo is now one of only three institutions in the United States to have successfully bred this rare species. There are only about 500 left in the wild which makes this hatching such a momentous event.

“The Herpetology Department is overjoyed to finally hatch this species! We have been working with them for over 12 years, and it was always a dream of ours to reach this point,” says Clint Guadiana, Curator of Reptiles and Amphibians.

Eventually, the hatchlings will be on exhibit but, for now, the staff will keep them behind the scenes. However, the adults can be viewed in their exhibit in the herpetarium. 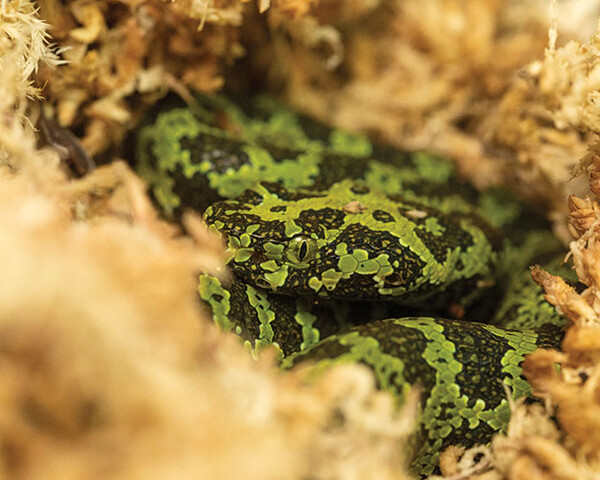 The Mangshan pit viper has a very small geographic range and can only be found in two places in China – the Mangshan mountain range in Hunan, where it was first discovered in 1989, and Ruyuan County in the Guangdong Province.

In the wild, females will lay eggs in a pile of leaf litter and will guard the eggs until they hatch. Once born, the hatchlings are independent. They are fully equipped with venom that they use to capture their prey and defend themselves when needed.

The Mangshan pit viper is classified as Endangered by the IUCN Red List of Threatened Species.