Professor provides another look into the legacy of Juan Cortina 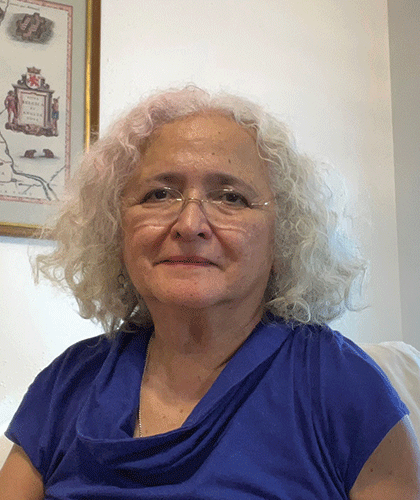 Texas folklorist J. Frank Dobie describes Cortina as the “most striking, the most powerful, the most insolent, and the most daring as well as the most elusive Mexican bandit, not even excepting Pancho Villa, that ever wet his horse in the muddy waters of the Rio Bravo.” The great-great grandson of Blas de la Garza Falcón, Cortina came to national prominence when he attacked Brownsville in September 1859 and began what is known as the “Cortina War.”

History has often framed Juan Cortina as a bandit and a murderer. While many stories tell of his savagery, he is also seen as a brilliant military commander and a man of many gifts that were overshadowed by violence. Hernández’s presentation will explore the complicated life and man that was Juan Cortina.

Hernández is a professor at the University of Houston. She earned a doctorate’s degree in cultural anthropology at Rice University in 2000. She is currently writing a book on Juan Cortina, and has published books about Nuevo León, Southeast Texas and Jewish peoples in Spain and Mexico.

This program is made possible by the generous support from the Carmen C. Guerra Endowment. Mrs. Guerra was committed to educational causes in the Rio Grande Valley. This named endowment was created by her family to honor her memory and to continue providing educational opportunities for the community.
About Museum of South Texas History

The museum is located in downtown Edinburg at 200 North Closner Boulevard on the Hidalgo County Courthouse square. Founded in 1967 as the Hidalgo County Historical Museum in the 1910 Hidalgo County Jail, the museum has grown over the decades through a series of expansions to occupy a full city block. In 2003, following the completion of a 22,500 square foot expansion, the museum was renamed the Museum of South Texas History to better reflect its regional scope. Today, the museum preserves and presents the borderland heritage of South Texas and Northeastern Mexico through its permanent collection and the Margaret H. McAllen Memorial Archives and exhibits spanning prehistory through the 20th century. For more information about MOSTH, including becoming a FRIEND, visit MOSTHistory.org, like us on Facebook and Instagram, follow on Twitter, find on YouTube or call (956) 383-6911.