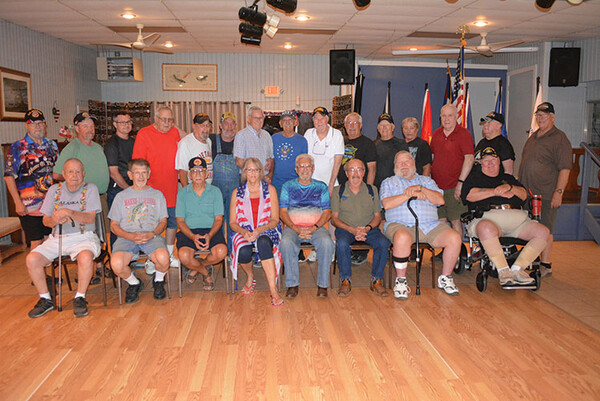 This was the second extended Veterans Day event, this time thanking more than two dozen park residents for their service, who participated in a flag ceremony and then were honored during a homemade lasagna dinner that followed.

The ceremony, coordinated by Activity Director Carol Bebbet, began with the presentation of flags in an outdoor setting, starting with the American Flag carried by Sunny Graham and the playing of the National Anthem. Service branch flags included the U.S. Army carried by Jim Bergan, the Marines by Jerry Seymour, the Navy by Diane Stringer, the Air Force by Alan Will and the Coast Guard by Keith Rand. 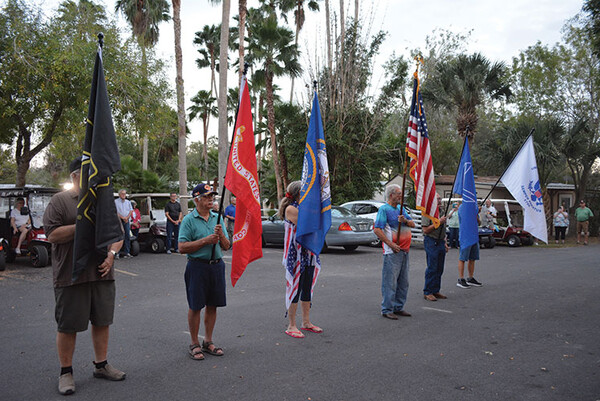 The brief program began with a prayer given by Sharon Dickey. A reading followed by Darrell Snow about “What Is a Veteran,” which he said was someone giving a blank check payable to the United States of America. He added he was a proud veteran and proud to have served with fellow personnel. The lowering of the park flag to the tune of “Taps” concluded the outdoor portion. 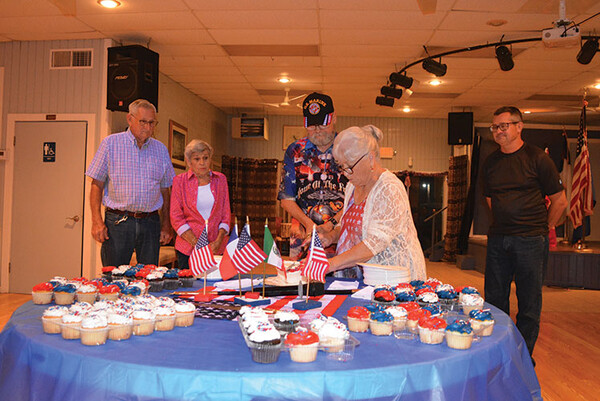 Four other veterans did not make it to the event, including Charlie Heaps, Jack Olney, Carl Lewis and John Royse. Of note was 102-year-old Fern Neilson, a Coast Guard veteran from World War II, who moved from the park to be with family a couple years ago. She was one of the first residents when River Ranch opened in the early 1980s. Almost all veterans’ names are listed on an honor board in the hall, which currently contains 63 names.

The final segment to the evening was the cutting of a small cake by Snow and Bebbet, which is a Marines tradition to mark each anniversary of the corps’ founding. In this instance Snow’s use of a sword for the cutting came after he called the oldest veteran present, Jim Hetzler, and the youngest, his son Bill, who also had served the longest at 15 years. Each of the men received the first piece of cake.