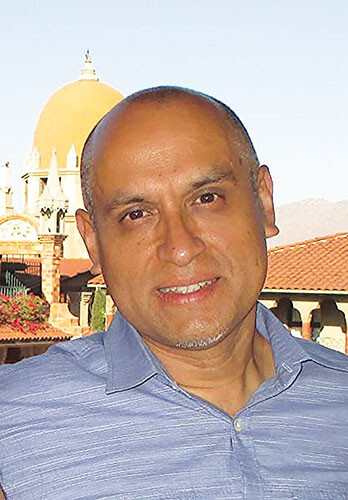 The Museum of South Texas History kicks off the 2022 Sunday Speaker Series with a book presentation and signing featuring Robert Saldaña at 2 p.m. on Jan. 16 at MOSTH in Edinburg.

Saldaña’s book titled, “Tejano Experience: The History and Genealogy of My Maternal Grandfather’s Garza & Olivares Families in South Texas” is a case study in Spanish and Mexican American genealogy which resulted from his efforts to learn more about himself, his family and fellow Tejanos. Guests can purchase a copy of the book, while supplies last, at the Museum Store that can be signed by the author.

The book features stories of Saldaña’s maternal grandfather, Celestino Olivares Garza and the extended Garza and Olivares families. Although the book’s subject matter is primarily genealogical in nature, it also offers an introductory glimpse into the history of South Texas and how its Tejano residents lived and adapted to challenges and changes that occurred in this region.

Having received land grants from Spanish Royalty on both sides of the Rio Grande in the 18th century, these families were some of the earliest Spanish settlers in South Texas. Many descendants of these families have resided in deep South Texas for more than 140 years. Saldaña hopes that these stories will inspire others to discover more about their own respective family histories and might serve as a “how to” on documenting and writing these histories.

Saldaña is a Doctor of Optometry who grew up in South Texas. He earned an associate of science degree in nursing at Southwestern Adventist University, a Bachelor of Arts degree in biology at La Sierra University (formerly Loma Linda University) and a doctoral degree at Southern California College of Optometry in Fullerton, California. He enjoys spending time with family, traveling, genealogy and reading about history.

About Museum of South Texas History

The Museum of South Texas History is accredited by the American Alliance of Museums. It is located downtown Edinburg at 200 North Closner Boulevard on the Hidalgo County Courthouse square. Founded in 1967 as the Hidalgo County Historical Museum in the 1910 Hidalgo County Jail, the museum has grown over the decades through a series of expansions to occupy a full city block. In 2003, following the completion of a 22,500 square foot expansion, the museum was renamed the Museum of South Texas History to better reflect its regional scope. Today, the museum preserves and presents the borderland heritage of South Texas and Northeastern Mexico through its permanent collection and the Margaret H. McAllen Memorial Archives and exhibits spanning prehistory through the 20th century. For more information about MOSTH, including becoming a FRIEND, visit MOSTHistory.org, like us on Facebook and Instagram, follow on Twitter, find on YouTube or call (956) 383-6911.