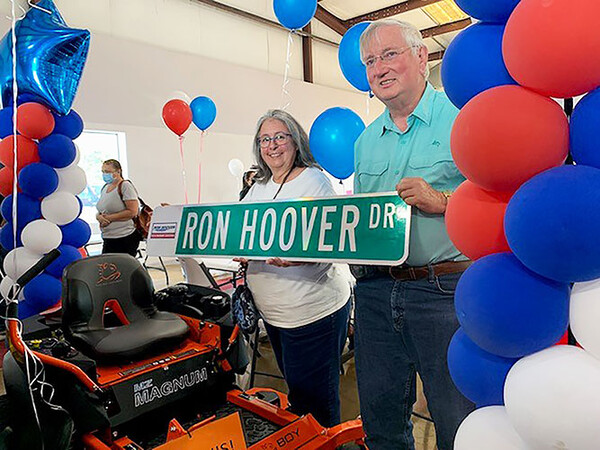 Sue Stsauver, from Trails End Mobile Home and RV Park in Weslaco, came to see the grand prizes to be given away after having a dream she won a four-wheel all-terrain vehicle and had it shipped home to Minnesota.

She came for the open house with her husband of 62 years, Pete, along with friends Maxine Williams and Garry and Pat Loew, all from Paradise South in Mercedes. Maxine, from Missouri, had an interest in the grand prizes too, noting a friend had won a golf cart at a previous Ron Hoover open house. She, along with the Loews, from Wisconsin, had been to the open house in the past and mentioned how much they always enjoyed the event. All five had a group photo taken at the photo booth, which was a new addition to this year’s event. 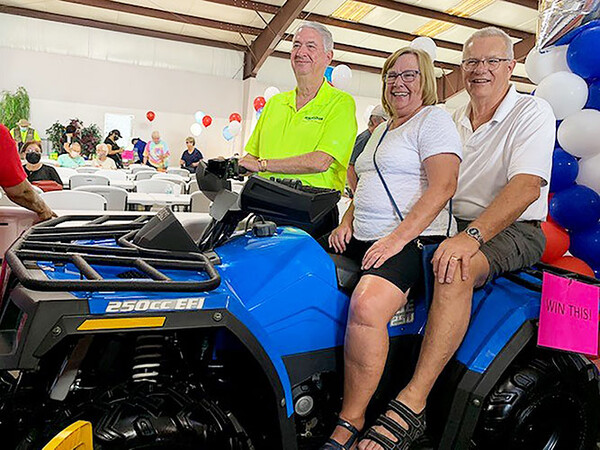 Pharr South Park residents Jack and Lynette Smith and Rick and Kathy Ames had been to a previous open house and were back to see what was new. The Smiths were each following their parents when they came to Pharr in 2016. They became converted Texans the following year, with Lynette citing reasons being the weather, activities, food and Nuevo Progreso, Mexico. Jack agreed that they were “living the good life.”

The Ames, from Missouri, came to the “Valley” to visit their friends, the Smiths, three years ago and liked it so much they bought a place to stay through each winter.

The T-shirts that Robert and Geneva Jenkins were wearing at the RV & Marine Center in Donna, left no doubt in proclaiming they were Winter Texans. The couple from Bit-O-Heaven RV & Mobile Home Resort in Donna stopped to have a free hot dog and bottle of water midway through their visit. The couple, who summer in northwestern Illinois, have been in Donna for three years and this was their second time at a Ron Hoover open house. Robert said it’s interesting to see what’s on the lot. Geneva talked about the fact ‘It’s warm,’ adding you get to meet people and there are the vendors, who increased in number to a new high of more than 50 this year. 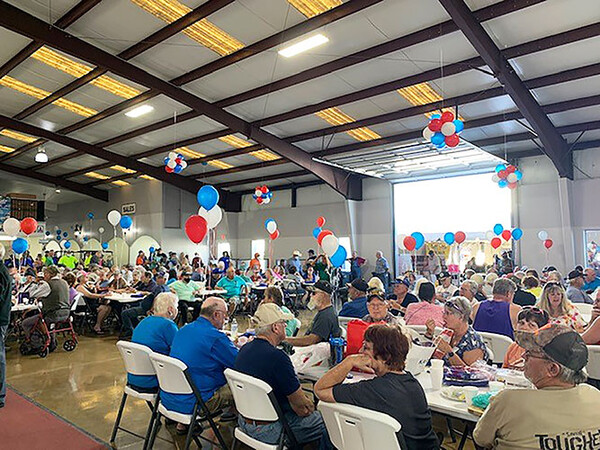 Another new feature at the open house was entertainment, with the beat coming from the Five Star Party Band from the McAllen area on opening day. The group plays at different venues in the “Valley.” Their music was heard by visitors eating hotdogs and chips or having a snow cone.

A number of Winter Texans were sporting the free Ron Hoover T-shirt that was offered while signing up for the grand prize. While many of the visitors wandered through the RV units and checked out the boats on the sales lot, a lot of them carried around RV parts that they found on sale in the flea market. The RGV Vipers mascot was on hand to meet visitors, while many stopped to have free medical screenings of blood pressure checks and other procedures offered by students from South Texas College.

It was obvious the open house remains a popular feature with Winter Texans, giving them a chance to do what they do best, to enjoy the sunshine and each other’s company.