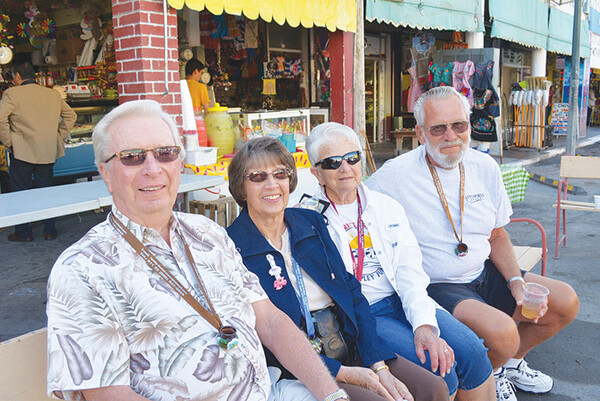 For decades, the Rio Grande Valley of Texas has been a favorite destination for retirees from the Midwest and Canada looking to head south for the winter to escape the snow, ice and cold, harsh weather. In addition to the warm, semi-tropical climate here in the Rio Grande Valley (RGV), Winter Texans frequently tell us they enjoy the friendly people here, the many activities available to enjoy in the mobile home and RV parks and resorts, and the camaraderie with other Winter Texans who spend three to six months in South Texas each winter.

Besides the warm weather, they come because it’s fun!

But is it safe?

With all the news about immigrants and border walls, some folks up north have wondered if it is safe to come down to South Texas for the winter.

“It’s very safe,” said Mission Police Chief Robert Dominguez, in responding to the question of security in the mid-Rio Grande Valley. He noted that Mission has experienced a decrease in crime for several years. And that’s in a city that has always been regarded as safe.

Dominguez, who said the decrease in crime mirrors what has happened in other Valley communities, attributes the safer environment to a “united effort” between local, county, state and federal enforcement efforts.

The chief said the majority of illegal immigrants are apprehended by U.S. Border Patrol agents at the Rio Grande River. Most of those crossing into the country from Mexico willingly surrender to the Border Patrol knowing what the process is that follows.

Previous McAllen Mayor Jim Darling said some 82 percent of illegal immigrants are seeking asylum and are not considered a danger. The others are detained and processed with much emphasis on barring criminals from entering the country. Those with any kind of criminal background are not allowed in the U.S.

In McAllen, crime continues to fall. Darling said the rate has gone down in each of the last 35 years. He mentioned having officers out at 5 a.m. on the bike trails adds to that sense of security.

The City of McAllen is continually noted as one of the top safest cities in the United States and Texas. Brownsville and Edinburg are often at the top of the list as well.

Darling added that many Winter Texans often do go to Mexico, feeling quite safe when in Nuevo Progreso. This small border town is frequently visited by Winter Texans who go there for cheap prescriptions, low-cost dentistry and to enjoy the food and beverages offered at the local Mexican restaurants. Progreso hosts a big Tourist Appreciation Day celebration on March 21 of each year.

Susan Thomas, the Bit-O-Heaven RV & MH Park activity director, said she has always felt safe with border crossings. There haven’t been any problems in their park.

“It’s safer here than in Milwaukee (Wisconsin) where I grew up,” said Fred Kosanke, who starting wintering in the Valley in 2006. He says many border crossers with long future court dates go up north to find work.

Gordon Koch, from Cedar Falls, IA, has been coming here for 18 years. “I go to Progreso and it’s as safe here as any place in the country,” he said.

Steve Chyril, from Ontario, pointed out that Llano Grande Park, like many other parks, have their own park security, making it safer for residents.