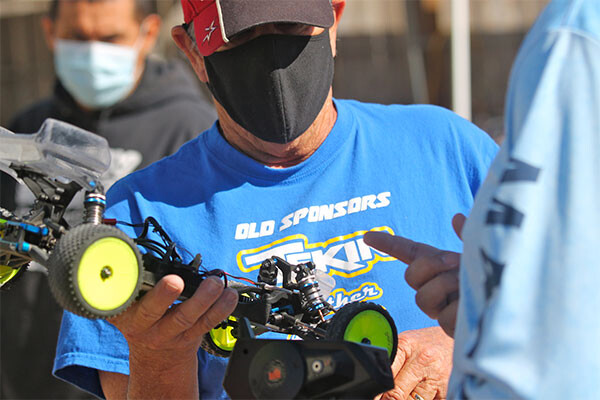 At least one park has also opened their doors for more than just winter visitors to compete as well.

Bit 'O Heaven RV Park in Donna held its third Winter Texan Showdown, part of a season-long series and parks such as Victoria Palms, Fun and Sun, Alamo Rec and host Bit 'O Heaven attend. Several “outsiders” also attended the event, tuning up their cars and taking practice runs on the dirt track, which had improvements from the previous season including an off-road style track in the middle of the oval, and a wider oval for more “five-wide” passing opportunities. Participants were still signing up minutes before the racing began and there were around 40 cars already setting up for the day's festivities. 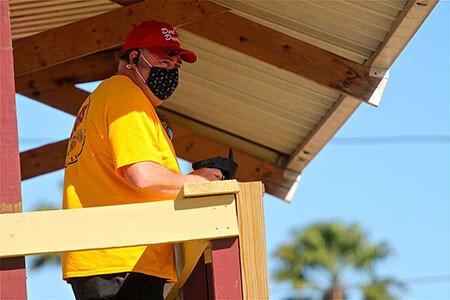 In May, NASCAR, the self-proclaimed “Great American Sport,” returned to the track, making it the first American sport to return to competition since the COVID-19 pandemic. The sport missed eight races during its pandemic pause but made-up half of those races during rare mid-week events, bringing back memories of the “old days” when drivers sometimes competed three or more times in a week. It seems only appropriate during this strange, new days where everyone seems to be creating their own new norm, that R/C racing followed its big-league counterpart.

Maybe the biggest difference between NASCAR's reopening and the RGV R/C scene – other than size of the track and cars – are fans. None were allowed upon NASCAR's return, meanwhile, several attended the Bit 'O Heaven event, lining their chairs around the expanded and upgraded dirt track, as well as enjoying hamburgers, hot dogs or pulled pork sandwiches – as well as waiting to see if they were the 50-50 raffle winner.

“We have locals here, parks and it's open to all racers – fast racers, slow racers, new racers. We pretty much have a class for everything,” said Scott Campbell, park manager and director of the races. “We've also started a membership for those in the parks where they can come and race pretty much whenever they want.” 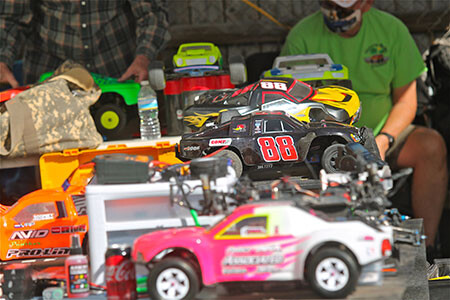 The races take place on the third Friday of each month. This was the third event of this season. The Winter Texan Showdown is part of the season-long series. The event provides some normalcy to those who have become part of the fast-growing R/C racing in the Rio Grande Valley, a place that many Winter Texan competitors say has more tracks in it than just about anywhere.

“We'll have a lot of show car trucks and cars, stadium vehicles, buggies – just about anything they bring, we'll have a class for them,” Campbell said.

“Usually everybody is here in January and there are a lot of races going on. This even here usually has more people than any of them but COVID is slowing it down,” Campbell said. “A lot of parks are shutting down everything and they're not willing to do anything, but they see us doing it so there's hope that next year there will be plenty of things to do.”

Many parks have offered a smattering of activities, adhering to not just the health and safety protocols brought about by the pandemic, but also taking into account the wants of their residents. Shuffleboard, bingo, bean bag toss and others are still taking place at several parks. Other parks have also started having entertainment. Most, however, are keeping safety first and allowing just park residents.

Paul Sterkowitz, a Fun n Sun RV resident and one of the park's RC club coordinators, said he's glad for the opportunity to attend the Bit 'O Heaven events, and it's not just for the racing.

“Our park has shut down a lot of things, like so many other parks,” he said. “So I really enjoy getting a chance to do this and especially the camaraderie. I've made a lot of friends through events like this and it's especially important these days to have something like this.”