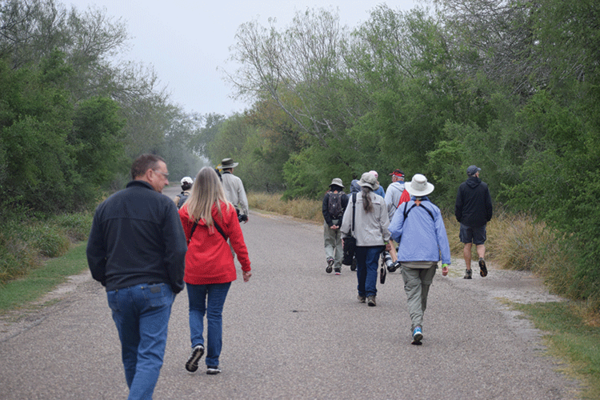 In January, Linda and I were asked if we would like the opportunity to take a fun early morning stroll, bird watching in the Bentsen State Park with an experienced team of bird watchers known as twitchers.

So, on Saturday morning, I was up early to shave, shower, make the coffee and take the dogs for a long walk before we met this group of twitchers. But first, Linda had to do her hair.

The Rockhounds of the Rio Grande Valley 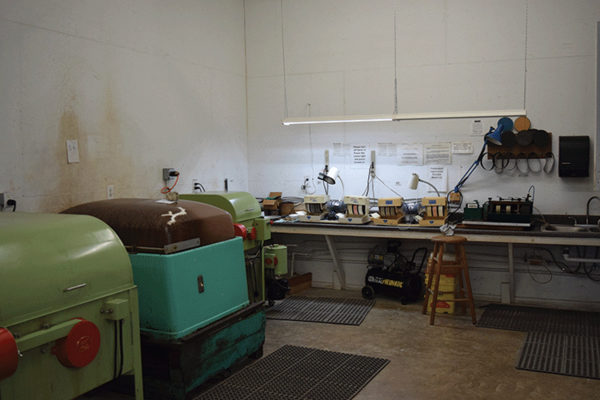 It was Tuesday when I walked into the Lapidary workshop at an RV Resort in the Rio Grande Valley; I was early for my interview with the Rockhound club president.

A man covered in dust, looking like an apparition from the Flintstones, peered at me out of dust-covered glasses; his face did not have wrinkles; it had fault lines. The name Jake was carved on his name badge.
“Can I help you?” mumbled Jake.

"Yes," I replied, “My name is Malcolm; I am from the Winter Texan Times; I have an appointment with the President of the RGV Lapidary Club. Can you tell me where I can find her?”

“Malcolm,” he repeated to himself as if memorizing a slice of marble, as he turned and walked away.

Read more: The Rockhounds of the Rio Grande Valley 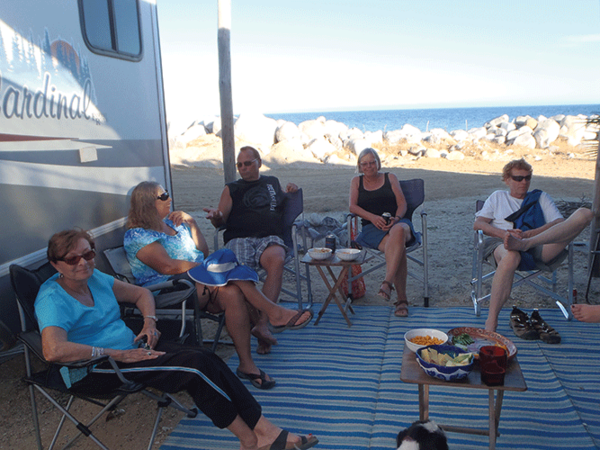 It was 3:50 p.m. We were 24 hours late, as Justin and Debbie, Linda, and I, the last two vehicles of the "Baja Winter RV Caravan," stopped at the campground gate in Los Barriles, Baja, Mexico. Justin, and his wife Debbie, the Caravan Tail Gunners, had stayed with us while we had our broken trailer springs repaired in a desert workshop outside of La Paz.

At the campground gate, Kathie from our RV Caravan group was waiting.

"Supper is ready; follow me. It's 5 o'clock somewhere, and the caravan wants to hear about your adventure.”

After supper, I began the story…

We located a mechanic. He explained – “It’s the Baja roads; they keep me in business.”

Fun at a Seniors Baseball Game 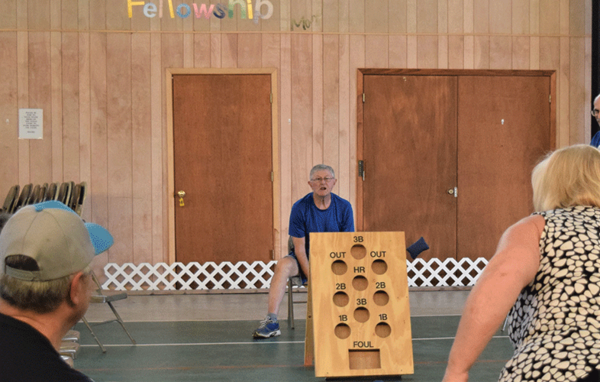 It was just after lunch,
the senior’s game had begun.
Across the valley,
seniors play it for fun.
There were chairs in the outfield,
and a chair on each base.
For the seniors to sit on,
just in case.
Four teams were selected,
no stacking, just fun.
Because this is a game,
where we don’t have to run.

It was the top of the 7th with two men on base. Mike was up. He talked to his bean bags and performed a dance. He swung. “Strike one,” called the Umpire. The pressure was on.

Mike swung again, “a Home Run.” Suddenly there was pandemonium, everyone standing and talking. I thought, “This is not like cricket.”

Through the chaos, Mike could be seen stealthily touching the chair on each base. It was a sacred moment as he maneuvered through the crowd.

There was hand slapping and the smile of victory to be enjoyed. 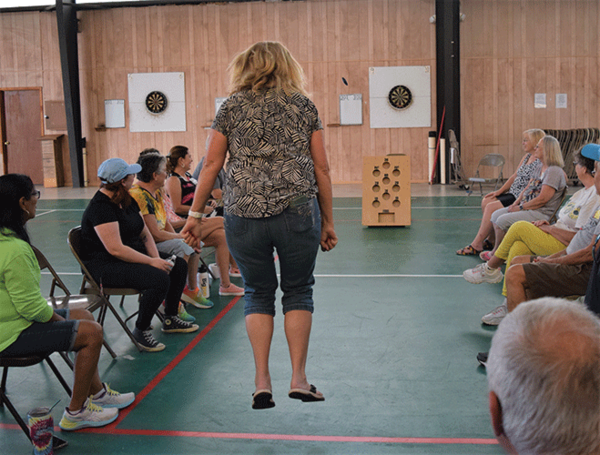 Then two women from his team grabbed Mike as he reached third base. They carried him home.

Life of a Winter Texan

“Dad,” my son asked on the phone that evening. “How do you mean you played in a baseball game with a bean bag? A man your age should not be running around a baseball diamond.”

Kids! I tried to explain, "Seniors in the Rio Grande Valley (RGV) know how to have fun after age 55. To start with, they don't call these campgrounds anymore; now, they are called RV Resorts, 50% of the trailers here don’t have wheels, they are mini-homes, and everyone has a golf cart, not for golf, but just to reach the next activity on time.”
These RV Resorts are like holiday summer camps for teenagers, with three significant differences:

1) You must be 55 or older,
2) Saturday night dances are unsupervised.
3) Alcohol is approved of.

You could see the joy on their faces. These teams play for fun, encouraging and abusing each other is part of the game.

Then there was the weekly BYOB street party celebrating the end of every game - “The 10th innings.” Before the party starts, an organizational priority must be resolved, who will host next week’s 10th innings, then It's Party Time.

Over 100,000 people return to the RGV every winter. The locals call us Winter Texans, and it’s the group activities such as seniors' baseball that help bring them back.

Meet Malcolm Callister, Winter Texan Times, new humorist. We know laughter and humor can be found around every corner – and he wants to share your stories. If you have any funny events or anecdotes to share email him at malcolmwtt0@gmail.com.