The migration and plight of the Monarch 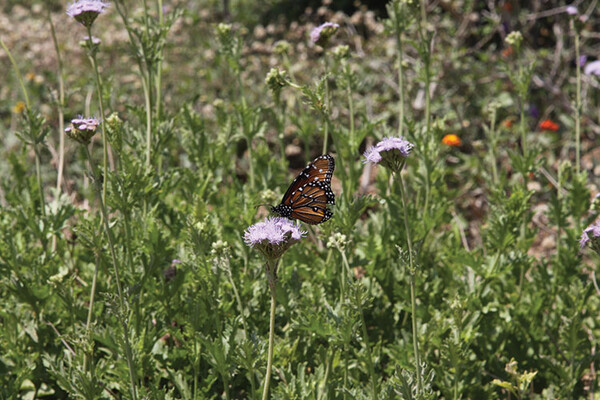 If you have been doing any car travel recently, you are no doubt experiencing a different kind of roadkill. You have probably noticed on your car's grill work the remains of the orange-colored wings and bodies of the Monarch Butterfly. Those remains really make a mess on the front or our cars. How sad it is that so many of these beautiful migrating butterflies will never reach their wintering sanctuary in the state of Michoacan, Mexico.

The Monarchs that migrate through the Rio Grande Valley begin their migration east of the Rockies in northern Canada traveling over 3000 miles to reach the pine and oak clad mountains in Mexico. Some even migrate as far as Northern South America. Their average speed of six miles per hour makes this flight long and tiring. En route, many will die. 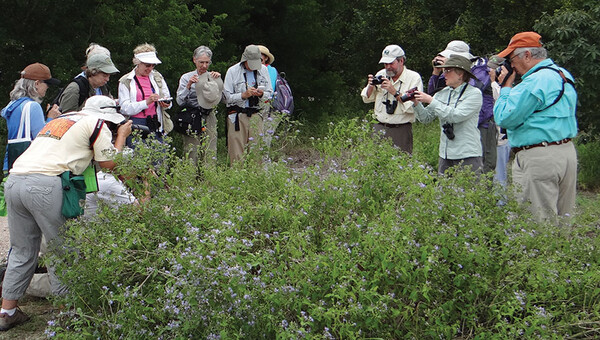 The Monarch Butterfly reproduces through a system of metamorphosis. When in the pupa - or the caterpillar stage, the Monarch feeds on the milk weed. The adult will also feed upon the milkweed but also on nectar of other plants. The milkweed ingested by the butterfly and stored in their stomach has a very bitter taste when ingested by a predator. It also contains a property that acts much like digitalis. Even though this property doesn't seem to really hurt the Monarch, birds and other predators that prey upon the Monarch will die if they ingest the stomach of the Monarch. It is said that many of these predators have learned to eat only the wings of the Monarch.

Mother Nature has done her best to protect this beautiful creature with distinctive orange, black and white markings. Even so the Monarch has recently been placed on the red list and is in danger of extinction. Naturalists estimate that the Monarch Butterfly may be extinct in 20 years unless we can do something to stop this decline. But what can we do?

In addition, good intentioned naturalists have decided to help replenish the number lost by establishing butterfly nurseries. Unfortunately, a parasitic bacteria spreads quickly through these nurseries and is carried on the wings of the butterflies when they are released into the wild. A nursery bred butterfly is also not as strong as those raised in the wild. Plus, their navigational system used to reach their winter sanctuary is not as strong. The warm sunshine found in the sanctuaries warms the wings of the butterfly. Unless the wings are warmed, the butterfly cannot fly to find food and water.

Perhaps the best thing we can do would be to plant milkweed or plan a butterfly garden that offers food to our migrating friends.

If you would like to learn more about the Monarch, why not attend the Hallowings Butterfly Festival on Saturday, October 29 at the World Birding Center on South Padre Island. The hours are 9 a.m. to 3 p.m. There will be extra activities that will interest the youngsters. Best of all admission is free.