A time of reverence, remembering the sacrifice 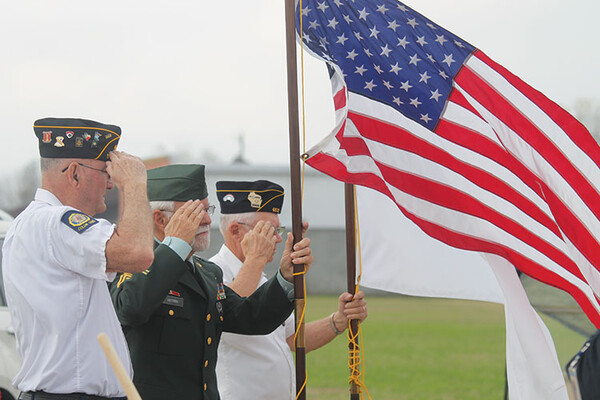 Claudette Merriman used the phrase “mind-boggling” to describe the event unfolding in front of her.

The public relations chairman at the Bibleville Conference Grounds in Alamo watched, like the 100 or more of those in attendance, in reverence and honor as veterans took turns carrying a U.S. flag to its retirement. They went, one by one, placed the flag onto the fire created earlier and stoked with each additional flag, saluted it and returned to retire another. 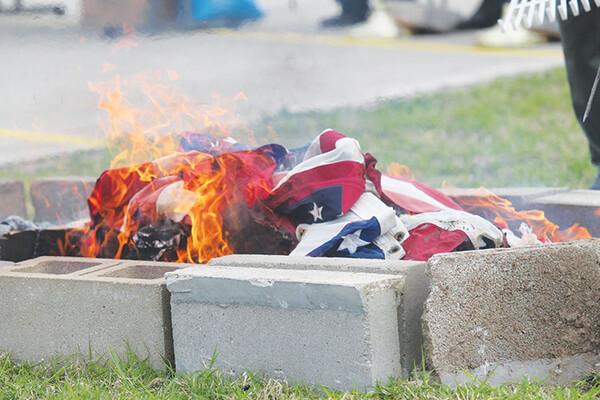 They did this, over and over. Close to 500 times they brought flags that were in “such condition that (they) were no longer a fitting emblem for display,” and destroyed them in what the U.S. Flag Code calls a dignified way. When it looked as if they were running low on flags, another volunteer would bring out a box full of those waiting for their proper disposal.

The flag retirement ceremony had been postponed a year earlier due to the COVID-19 pandemic, so the number of flags waiting to be properly disposed were much larger than normal.

“It was awesome,” Merriman said. “It was so respectful, so solemn. And to watch the veterans salute the flag each time they put a flag on the fire, it was something very special to be a part of.” 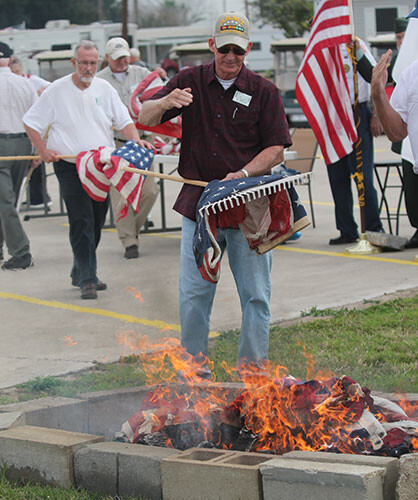 The audience looked on, many in their golf carts and some wearing the U.S. colors as tribute. One group played the national anthem before two others performed taps. As the day wore on, the clouds began to dissipate, and streaks of sunlight burst through the clouds as if almost in sync with the activities on the conference grounds.

Dr. Elwood Chipchase is the Bibleville Conference Grounds chaplain and president of Encouragement Ministries. Earlier he was one of the taps trumpet players and looked on as the fire raged and the thick, black smoke billowed as the flag pile grew.

“They catch and burn really fast,” he said while sitting in his golf cart with his wife. “This is a special ceremony. It’s also needed as a reminder of what the flag means to us and to remember the sacrifices our veterans give. Some gave the ultimate sacrifice for our country. We can never forget that.”