Rock and Roll growing in the WT community 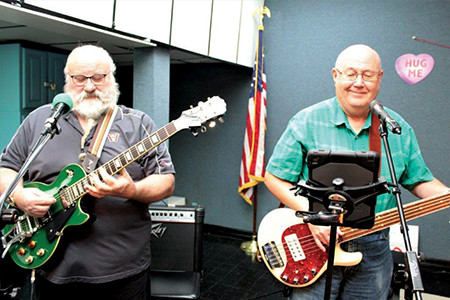 EDITOR’S NOTE: This story was submitted by a Winter Texan. We welcome your ideas and submissions. Many of our best stories and leads come from ideas and stories provided by you.

Each year from November to April, thousands of senior citizens, known as Winter Texans, travel to the Rio Grande Valley from all parts of Canada and the United States to enjoy the weather and activities at the multitude of senior resort and RV parks. Many of these resorts and parks feature weekly music jams providing the opportunity for musicians to display their talents providing entertainment to the residents and visitors.

Prior to 2013, the music venues at these jams were limited to country, bluegrass, big band or gospel. In 2013, a rock and roll jam was born at Canyon Lake RV Resort in Mission, with the guidance of two Canadian rock and rollers named Daryl and Heike Schuller. 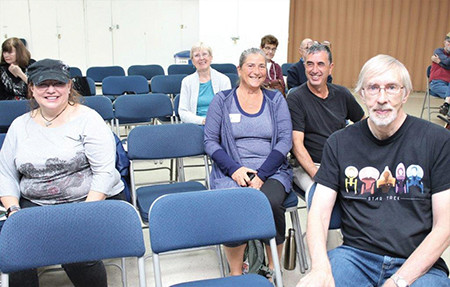 The Winter Texan Times was able to cover one of these jams at Casa Del Valle several months ago and had a lot of fun. The Attendees were active singing along, clapping and dancing to the music provided by the jammers.

In 2018, the activity director Peggy Creach wanted to start a rock and roll jam. She searched for a leader and found Cliff (drummer) and Cathy (manager) Squier from Manitoba, Canada to lead each jam starting in December 2018. The band members on stage included Cliff; Gerald Spanhanks on lead guitar and vocals; Shirley Spanhanks, Mark Schwendner and RK Welander on guitar and vocals; and Donald Leet on Bass guitar and vocals.

In addition to these musicians, others, known as jammers, attend sharing their vocal and or musical instrument talents in front of park residents and visitors. 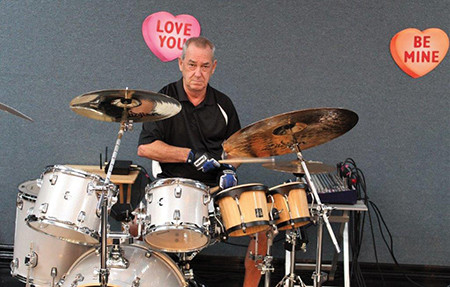 After visiting the Rio Grande Valley, the jammers return to their specific states or Canadian province. Most of the band and jammers are vocalists with many playing instruments like the guitar (acoustic, electric, dobro, steel, bass), drums, banjo, mandolin, flute and others.

The majority of the musicians started their musical pursuits as a young child either as a vocalist, dancer, or learning to play an instrument. Music was not their main career but a part time venture. Many sang in choirs, sang and played music in high school or college bands. They continued to entertain part time as adults performing in bars, schools, nursing homes, weddings, choirs, etc. Some even formed bands or groups that would entertain audiences. A few of the musicians started later in their adult life teaching themselves how to play various instruments.

Rock and roll continues to be the fastest growing music currently in the Rio Grande Valley. After rock and roll, what will be the next type of music to be performed by senior citizens in the RGV?