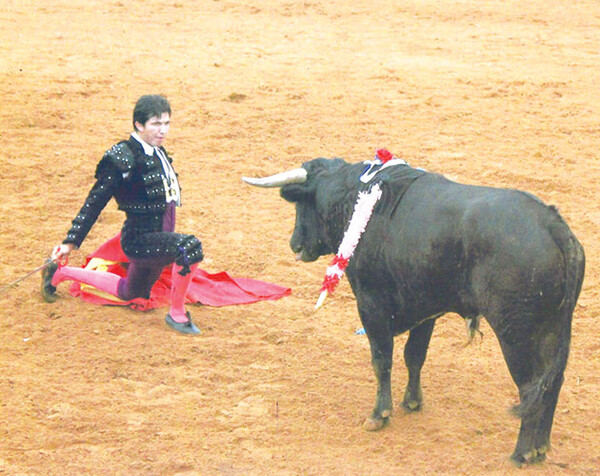 Although he was in a brief retirement, Fred Renk is back at it this season. Due to the hundreds of phone calls received requesting the continuance of putting on the world class bloodless bullfights, Renk is proud to announce they will be coming out of retirement to re-open for at least two bullfights this season.

“For the last 20 years we have put on world class bloodless bullfights and will continue to do so as long as people want us,” said Renk. “We cannot turn them down.”

The Santa Maria Bullring is one of the only bullrings in 49 states. For now, the Renks, Fred and his wife Lisa, will be managing the events.

In 1986, Renk started promoting American style bullfights by presenting the first ever events with the Houston Astrodome, then the Hemisphere Arena in San Antonio, Chicago and Ft. Worth. This began the American Bloodless Bullfights.

Twenty years ago, Renk built the plaza Santa Maria in La Gloria, and started world class events that, to this day, have entertained Winter Texans and other tourists.

“I built the plaza for David to have a connection with all the matadors and the bullfight world and continue in later years when for sure I would not be around,” said Renk just before his retirement in 2020. With the loss of his son, he decided to retire and hoped there would be some interest from others to carry on events.

“It has gained an interest, and fame, and is inspiring to watch,” Renk continued.

The bulls used in the arena are from the ranch of El Sabinal, a ranch that Renk helped to get started and are a pure Spanish blooded animal. These bulls go to the Professional Bullriding Rodeo after one fight – you can only fight them once – where they will chase the clowns the rest of their life. 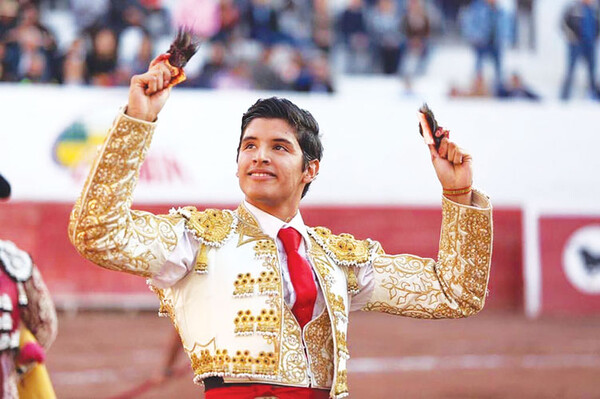 It was in early December, after getting requests to do shows, that Renk said he wanted to give more to the people that have always enjoyed coming to the shows. So, he has planned two great events for this month.

The 2022 events will be dedicated to Matador David Renk “El Texano,” QEPD, the sixth American promoted to full title Matador de Toros since 1902.

The young Matador Cayetano Delgado of Monterrey, Mexico will headline the opener, and appear on the 30th before he heads off to perform in Spain. Delgado is a classic matador who performs with sterling statuesque passes that literally make you tremble while watching his performance.

Also performing will be Enrique Ayala from Morelia, Mexico.

The arena is being spruced up, says Renk. “We will not let our fans down.”

Before the show, there will be food, beverages, and entertainment. Gates open at 1 p.m. Show begins at 4 p.m.