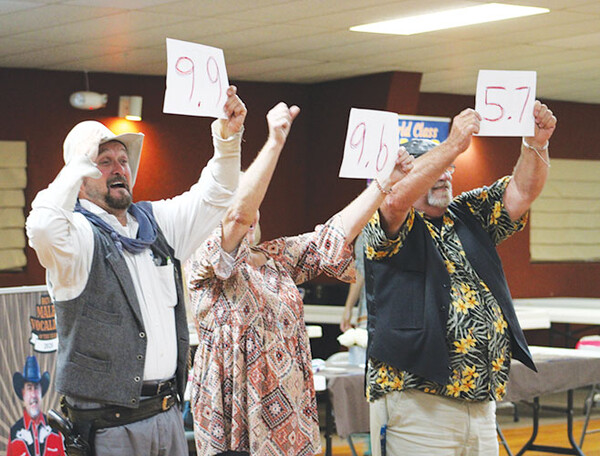 This year’s events saw some of the Valley’s favorites and had quite a few new groups and individuals too. All the entertainment received great feedback from the crowd. This is a show you will never see anywhere else.

The show on January 12 had some of your usuals like Redneck Revival, Spittin’ Image, Bill Chrastil, The Chamberlins, Naomi Bristow and more. I couldn’t believe the little bit of personal back story from Bristow that she is a certified denturist. I am glad she has chosen to share that voice and yodeling with us.

Also performing that day were Lindley Creek, Diego and Edith, Jason Whorlow, Pickpocket Gene, and Ralph Kuster, among others.

As usual, there was a good mix of country, rock and roll, bluegrass, magic, gospel, oldies, and of course some comedy thrown in here and there. We heard some like Bully Bully, Pretty Woman, Ride Sally Ride, Jolene, How Great Thou Art, Amarillo by Morning, and so much more. 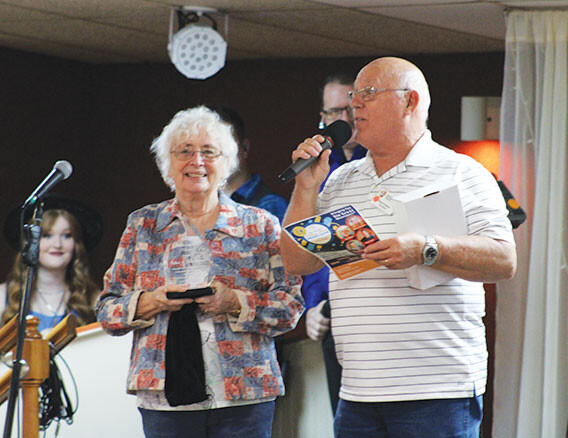 During a break in the first show, organizers presented Robert and Billie Ferguson with an appreciation trophy. The Fergusons won’t be returning next year, and therefore will not be doing the shows. The plaque expressed thanks for the work the Ferguson’s have done by bringing entertainment to the Valley for over ten years (these were the 32nd and 33rd shows).

“We have had a ball and are so proud,” said Robert. “We’re going to miss you. You will continue doing what you do so well…. Keep partying.”

During the second show, attendees were able to listen to the deep voice of Jamie Layton. Layton not only sings country, but he also sings gospel with the Abundance Quartet that is currently doing some Valley shows.

We were also able to listen to Justin Terry, Poison Ivey, Curt James, Festus, Jim Hanson, Elaine Nelson, and others.

There were some sound issues at one point while Curt James was performing, and he rolled with it and still pleased the crowd with his voice and humor saying “the show must go on.” And it did.

Winnie Brave, a new entertainer this year, shared their story on how they started coming to the Valley. The duo hails from Alberta, Canada. Amy said she used to come down here to visit her grandparents – her grandfather being a member of the Playboys, she had music in her veins. She and her husband eventually decided to carry on the tradition of Canadians playing country music, she said. They also play a little bit of bluegrass.

Their name comes from their first mode of travel – a 1976 Winnebago.

Most of the entertainers are available from December through March, and there were a handful that are in the Valley year-round like In Six Days, Diego and Edith, Southern Vibes, Curt James, Elaine Nelson, Night Howlers, and a few others.

The shows were a hit this year and it was a pleasure, as always, to get out there and enjoy the fun and energy of the entertainers and activity directors and managers.

We hope you get to see some of these entertainers in your park soon.