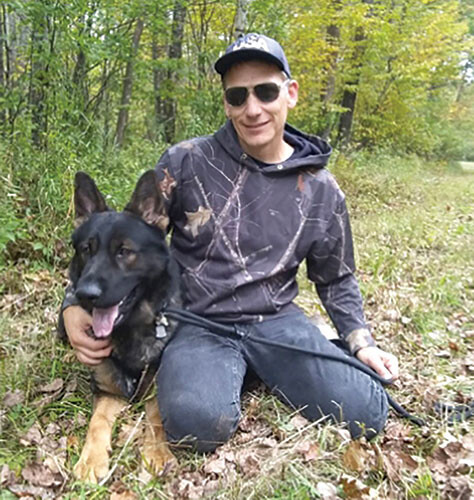 While he covers Hank Williams, he also writes his own music. His music really touches the soul with real life behind the words.

His song “Scream” is very moving. He co-wrote the song with a 91-year-old Navy veteran. The veteran, Leon Faddis, served in WWII on the USS Alaska. The song shows the emotion of the man’s struggles and nightmares related to his combat experience. He said, putting his story to song helped him overcome that trauma he experienced so many years ago.

One reviewer of his show says, “His tribute to God, family, military service and Hank were inspiring and most appreciated.”

He has had several singles on the top 100 on the Music Row Chart. His album, “Glad You Made It,” reached #70 in Billboard Magazine’s Heartseeker’s chart. He has performed on the Grand Ole Opry, the Crook and Chase Show, and RFD TV’s Midwest Country. He has also received the Best Tribute Artist Award for Branson.

A patriot at heart, Hadler has a project that is very near and dear to his heart – Gumi Camp USA. He never sings a show without mentioning the camp and inviting people to visit. The camp is a healing place for American vets. The 258-acre property sits in southeast Taney County, Missouri. Veterans that need healing and support may reside at the camp without cost to them and grow at their own pace.

Hadler will be performing at Louie’s Backyard on Thursday, February 10, from 1 to 3 p.m. The event is a Gumi Camp USA Benefit event. Tickets are $15 at the door and $10 in advance. A love offering will be available for giving to homeless and jobless veterans. A live auction and 50/50 drawing will also be held.

Playing with Tim will be Texas County Revue starring Vance Monday on steel guitar, Rick Weaver on drums, Ron Ford on bass, and Dave Perryman on rhythm guitar and vocals.