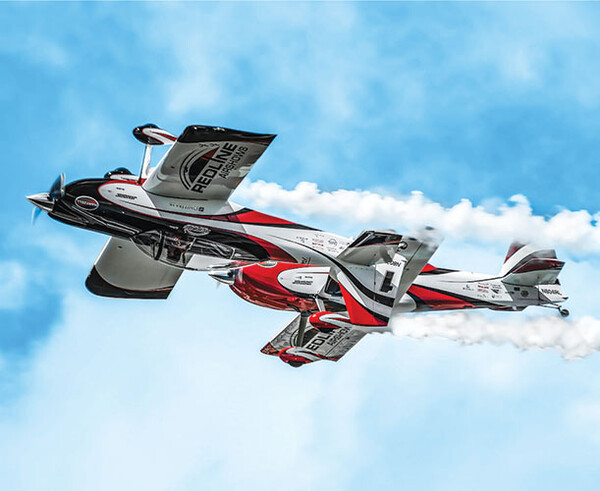 NAS KINGSVILLE – The 2022 Wings Over South Texas (WOST) Air Show is almost here – and it promises to be a great one.

The feature act is the U.S Navy’s Blue Angels, but many more acts will also perform.

Times and acts are subject to change, but the show is expected to open with a parachute jump by the U.S. Army’s Silver Wings Jump Team, with World Aerobatics Champion Rob Holland in the air as well.

There’s also plenty to see on the ground.

Entrance to NAS Kingsville will be through the Main Gate on Gen. Cavazos Blvd.

Gate opens to the public at 8 a.m. Saturday and Sunday; access to the flight line is open at 8:30 a.m.

The midway will be open by 9 a.m. and the Air Show is scheduled to start at noon, with the Blue Angels scheduled to perform starting about 3 p.m.

The Blue Angels team will do autographs after the show until about 5 p.m.

Access to the base will be closed about 2 p.m. to prepare for outgoing traffic – so plan on getting there early.

Bring sunscreen and have fun. General admission is free. Folding chairs and umbrellas are allowed. No outside food or drinks are allowed. Other prohibited and authorized items can be found on their website.

An event will also be held on Friday, April 1, doors open at 5 p.m., at the J.K. Northway Exposition Center. You will have a chance to meet the Blue Angel team members and get autographs and photos. There will also be live music.

For up-to-date information, follow the Wings Over South Texas Facebook page at https://www.facebook.com/wostairshow/ or the WOST webpage, www.wingsoversouthtexas.com.

NAS Kingsville is one of two naval air stations designated for undergraduate Jet/Strike pilot training. The air station consists of more than 4,000 acres of land, including four 8,000 foot runaways, and encompasses more than 36,000 cubic miles of airspace, including five Military Operating Areas (MOAs) and one Warning Area. Follow us on Facebook at https://www.facebook.com/nas.kingsville.9/.