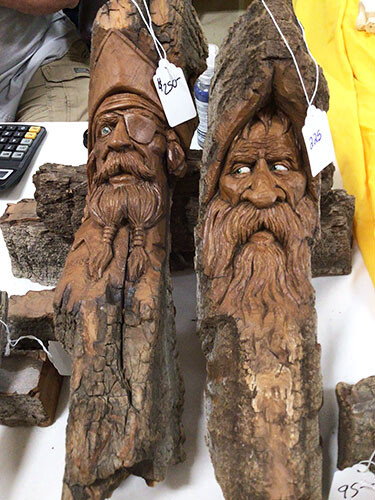 Walking through the 36th annual RGV Woodcarvers Show this past weekend, it was clear that if you can envision it, someone can carve, sculpt, burn, paint or chip it into reality.

More than 150 pieces covering a wide spectrum of images and styles were on display over the weekend at the Nomad Shrine Club in Pharr. There were decoys, caricatures, walking canes, gourds, pens, candles and so much more as the carvers showed what can be done with wood.

Jan Jensen is from Eau Claire, Wisconsin. She's a former home economics teacher, has been drawing for a “long time” and most of her work is chip carving. She was at an event at Tropic Star RV Park when somebody at the park said he was teaching carving that day at 2 p.m. 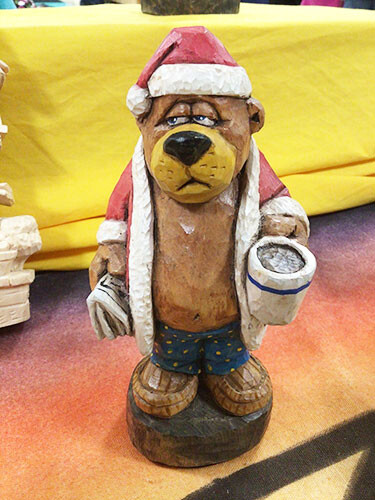 “I was there and here I am,” she said. That was 20 years ago, back when she would draw out her patterns for her boxes and other creations “by hand on graph paper.”

When her students started asking her where she got her patterns from, she said she made those patterns.

“They told me to write a book, so I started to redraw them, but it just didn't work out,” said Jensen, who now has published three books on the subject “Then my stepson comes along and says, 'I can show you how to do that on the computer.' So, I started doing it on the computer. Now I'm constantly looking for new patterns. It's very addictive.”

Chip carving is the process when small and patterned chips are removed from a surface of wood with some special tools. The removed chips create the object's design or pattern.

“The design is what's fun,” Jensen said prior to pointing out a certain piece with cover up.

“I wanted to show how the design from the top to the bottom just flows,” she said. “That takes work to get that to work.”

Becky Anthony, who lives west of Fort Worth, but comes to the Valley for the winters, started carving caricatures in 2004. She brought her “Dancing Cowboy,” to display along with several gourds, something she started woodcarving in 2015.

“They just struck me as pretty – I have no idea why,” she said. “I saw it on Facebook and thought, 'I can do that.' I found all the info and just went from there.” 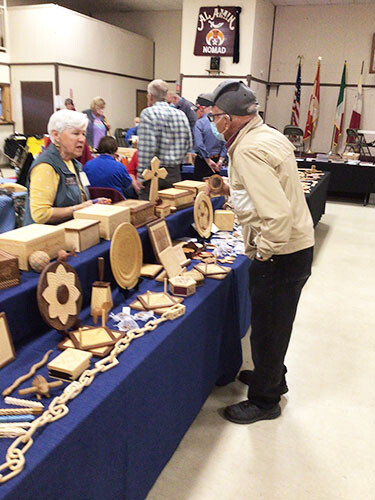 Her gourd, named “Leather and Lace”, won best of show. The bottom portion is carved leather, the top is lace. She said it took her three months to complete the project, working on it about three hours per day. Its uniqueness shone bright in a room filled with unique creations.

Another one of her creations is called a thunder gourd and as you move the gourd around while holding it, rolling thunder sounds emanate from it.

There were numerous woodcarving tools and guides to woodcarving. There were also about a dozen instructors who were planning to teach from Monday and through this week on different aspects and styles on woodcarving, as well as how to get started.

“The public can come and sign up. The classes will run for six days from 8 a.m. to 4 p.m. (the final day of classes is Saturday),” said Brenda Lodermeier, a Minnesota native (and pryographer, also known as a woodburner) who lives at Green Gate Grove with her husband Michael. “They'll teach how to set up for a picture, transfer to wood, all about shading. It's for beginners to experts.”

For more information, visit rgvwoodcarvers.org or check out their page on Facebook.